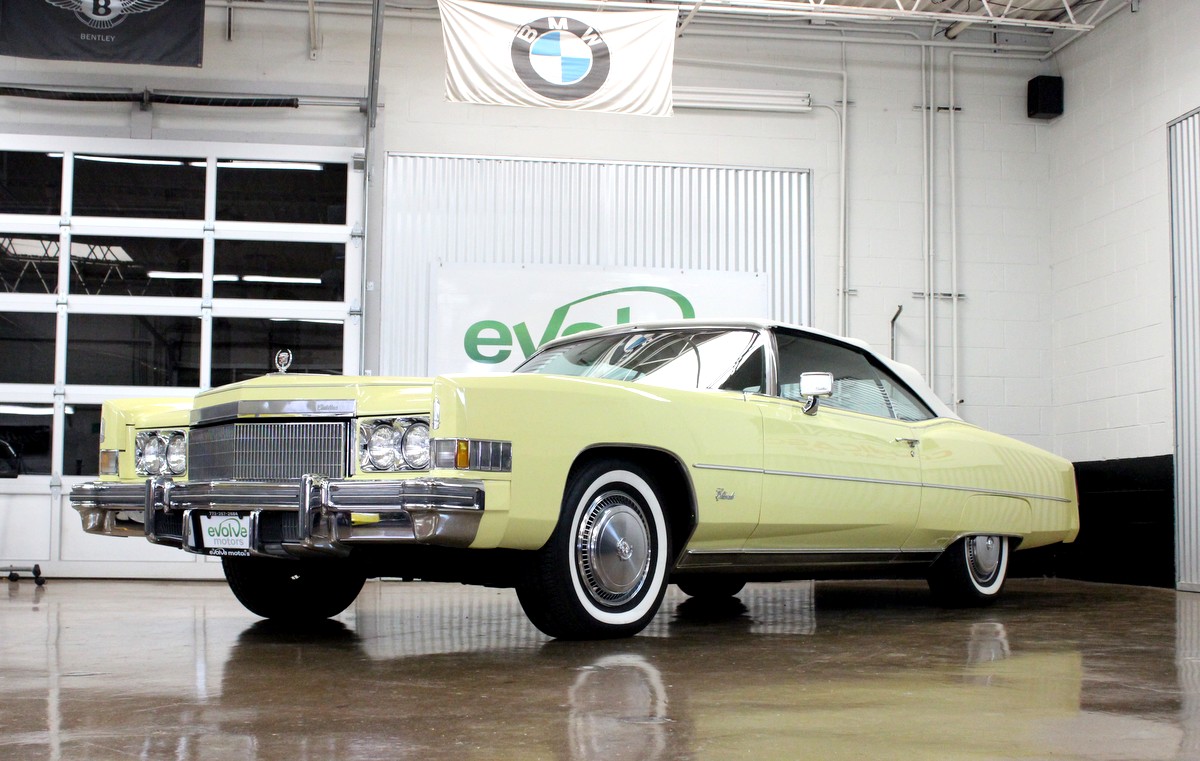 …Releasing your classic car into the wild is never easy. More often than not, sellers experience an immediate sensation of regret. Yes the influx of cash is a nice little boost, but that’s fleeting; even when a car has been little more than a headache, it’s tough not to become at least a little attached.  Now imagine a car that you’ve owned that was near and dear, a car that you never should have let go of.   A car that when the transporter showed up to deliver it to it’s new owner you thought, “One day. One day I’ll find another.” Now imagine having the opportunity, years later, to buy back that very classic car, and in even better condition than when you left it. Our new buddy Edin, who just bought back “his” ‘74 Eldorado Convertible, had the opportunity to do just that. As he puts it, “It was meant to be.” 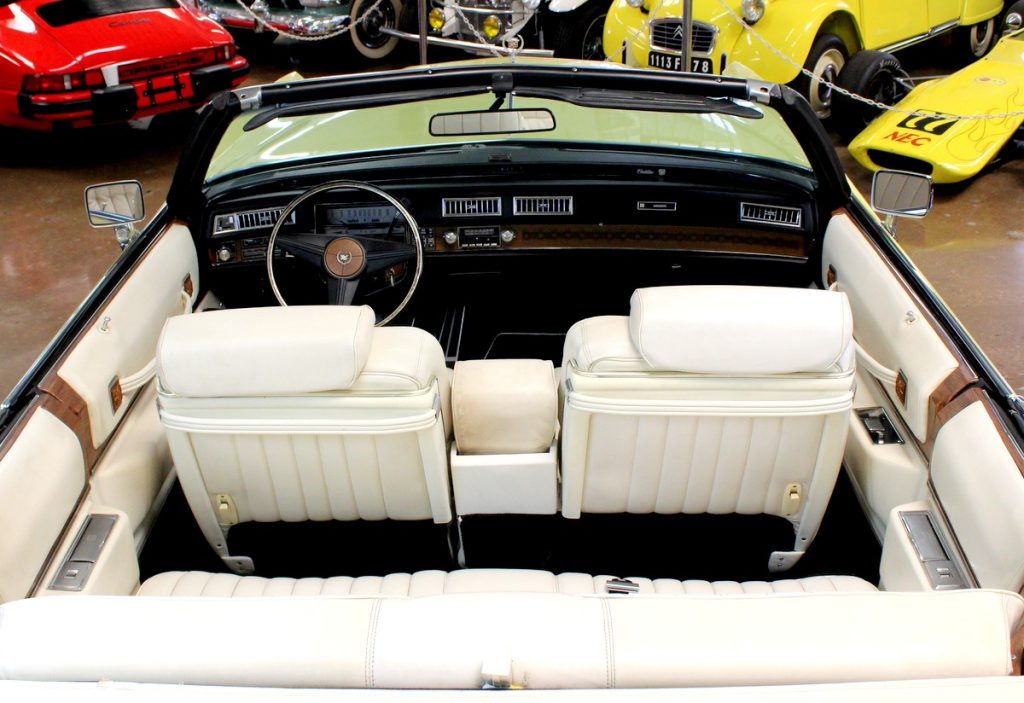 Last summer we purchased this beauuuutiful Apollo Yellow ‘74 Eldorado from a long-time friend of ours named Michael. He had owned the car since the early 90s, having purchased it from a local gentleman who we later came to know as Edin. Michael purchased the car with only 24,200 miles on the clock, the car in good but not great cosmetic order. The car was clean, original, and very much presentable, but the paint was 25 years old by that point and starting to show some minor signs of age. Michael was by all counts a fastidious owner, and actually stored the car here at our shop throughout the winters of the late 90s and early 2000s. When he brought the car in for the winter of 2003-2004, he commissioned a full repaint in the factory colors. By no means did the car need a repaint, but Michael wanted the car to appear as-new for the coming summer. That it did, and still does. Over the course of Michael’s 20 years of ownership he only put about 1300 miles on the car yet had it painted, mechanicals refreshed on numerous occasions, and had the car stored in a climate-controlled facility when not in use. So when we bought the car from Michael last year and consequently listed it on eBay, where Edin eventually came across it, it was in truly even better shape than when Edin had sold it 20-some-odd years ago. Edin tells us that as soon as he saw the VIN in the listing he nearly fell out of his chair. He immediately called over to his wife, “Honey, I’m going to have to move some money around, alright?” What a great phone call to take, the excitement coming through the phone line was palpable. Edin put a deposit down on the car straightaway, and booked a flight from sunny Florida up to snowy Chicago to be reunited with his Caddy, the car he had long since told himself he never should have sold. What a pleasure showing him the car that Saturday morning; he sat in the car and, beaming, says “It’s even better than I’d hoped.” There were so many aspects of the car that got him going; of course the mileage being only 1300 miles greater than when he sold the car was tremendously exciting, but also, there were a bunch of fantastic little things that took him back.  For example, the license plate mount that Edin had made himself in the late 1980s was still fitted to the car and, even better, his old 8 tracks were still in the glovebox. Him and I sifted through the stack of receipts and manuals in the glovebox and, low and behold, the old title with Edin’s name on it was still in there. He saw that and just melted. 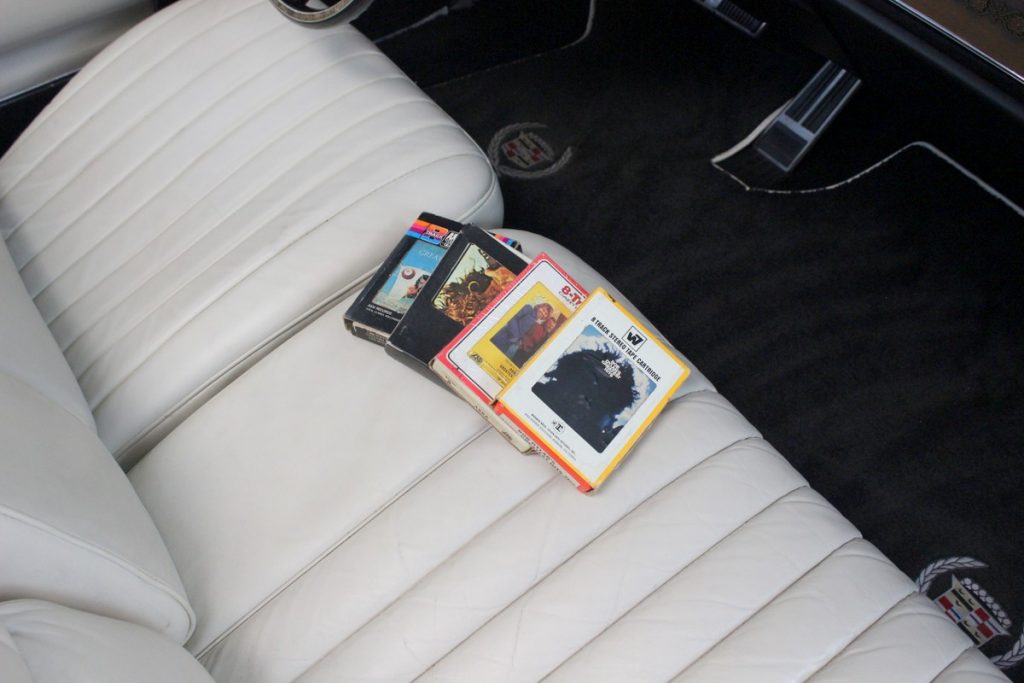 While it wasn’t really the best time for Edin to buy the 20ft long classic Eldorado, since he doesn’t have anywhere to put the car at the moment, it was simply an opportunity that he couldn’t pass up. We’re going to hold onto the car for a few months until he gets storage situated, something we don’t typically do, because it’s a special thing when someone is reunited with their long-lost classic car. For Edin, the stars aligned and he knew what he had to do. Some purchasing decisions are made with cold, hard logic, others not so much. But those purchases that bring the most joy are those that are emotional, not logical, and that’s exactly what unfolded here. It all came full circle for Edin and his big yellow Eldo, and it was a beautiful thing for us to play a part in.