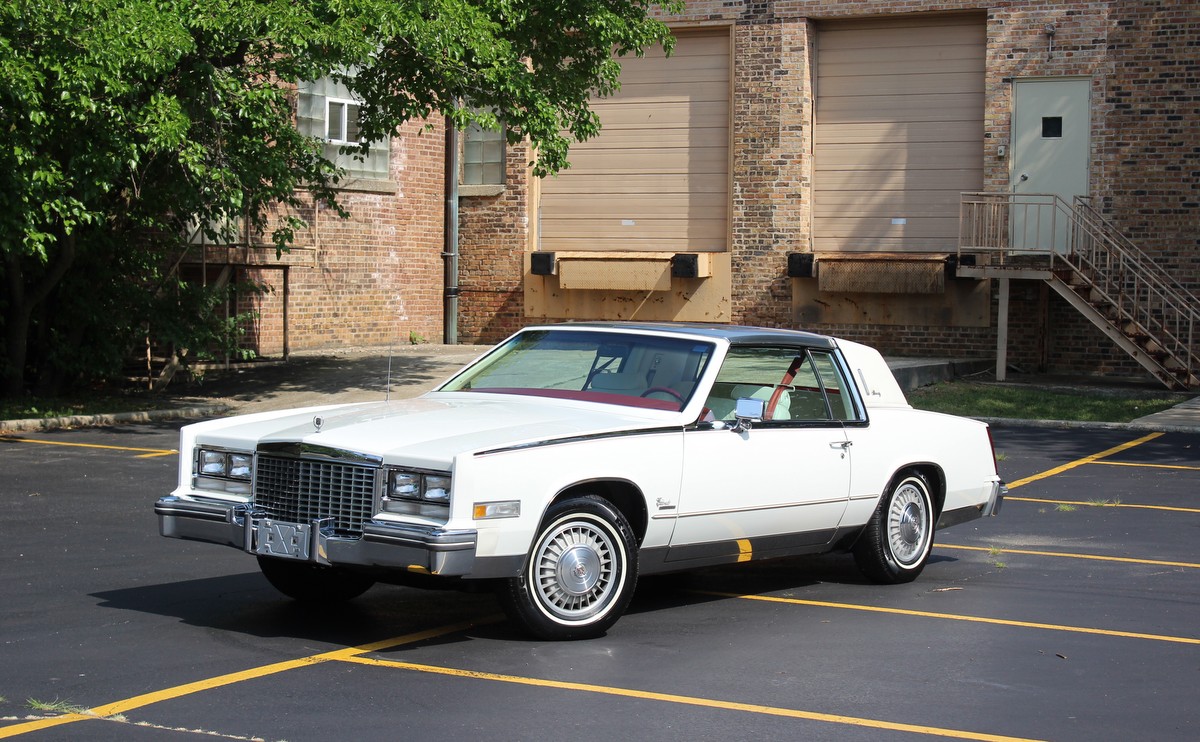 …Unicorns are rare, but they do exist. Occupying the top spot on enthusiasts’ and collectors’ radars, the survivor cars of survivor cars, “unicorns” are those vehicles whose condition and unrestored provenance culminate into the most impressive, most desirable automotive specimens.  These are vehicles that can be appreciated by anyone and everyone not necessarily because they’re particularly beautiful or exciting, but because they present the closest experience we’ll ever have to a time capsule. There’s something special about climbing into an unrestored, like-new-condition classic and taking a moment to appreciate that at that moment you are experiencing exactly, truly exactly, what it was like to get into that hot new Cadillac back in the late 1970s. There are certain cars, and this Eldorado Biarritz is one of them, that capture their era in spectacular form. The late 1970s, and in the automotive sphere Cadillac in particular, had a reputation of extravagance to the verge of gaudiness, and this one-owner Eldorado Biarritz tiptoes that fine line with grace. 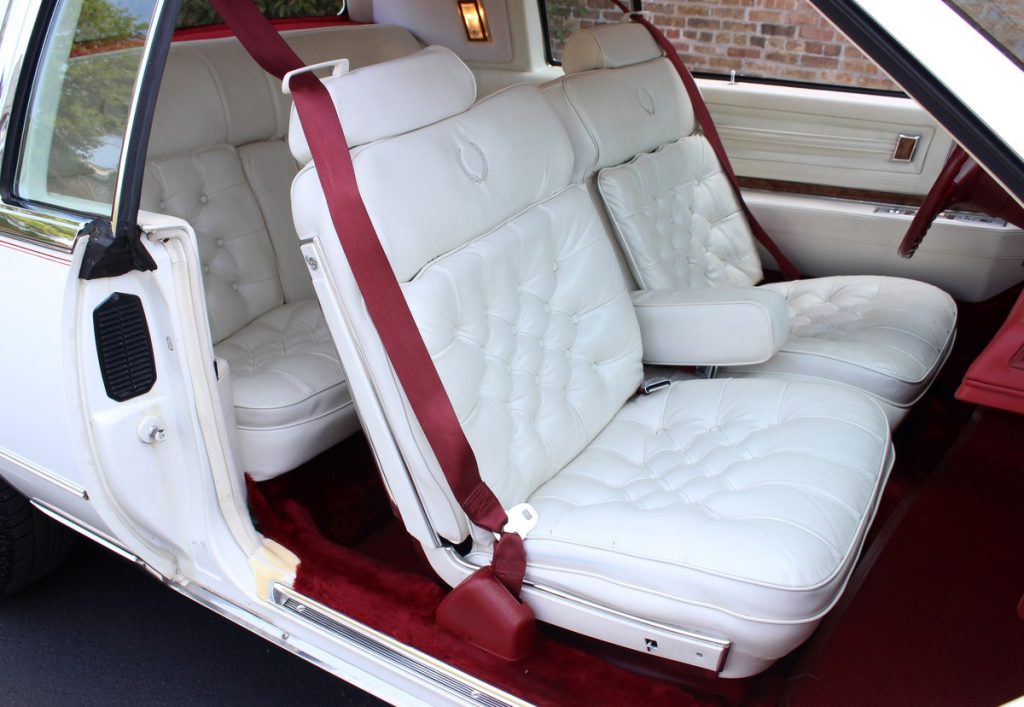 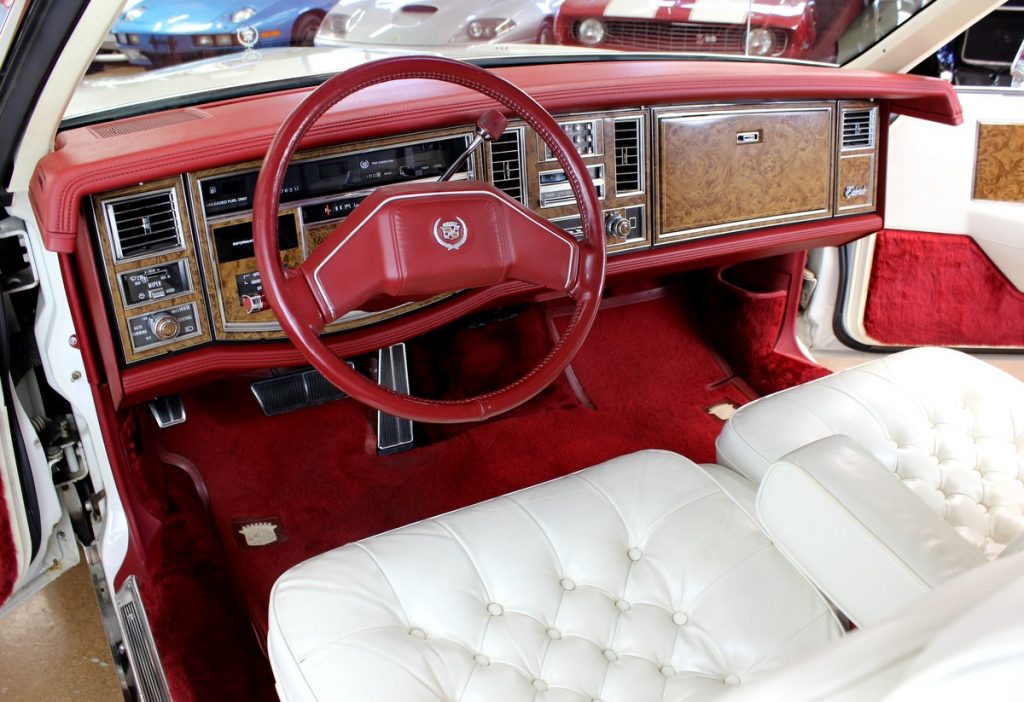 Ordered new by N&S Sausage Co., an Illinois couple who operated a sausage company together, this car remained with the original owners for forty years. We were fortunate to buy the car from the original owners themselves, as they had made a point to hold on to all of the factory manuals and sales documents from when they brought the car home, and even went so far as to include a photo of the car in their driveway in the summer of ‘79. In the background of the photo you can make out another car in their garage, an Eldorado Convertible, also white. Very cool. These folks knew what they liked! 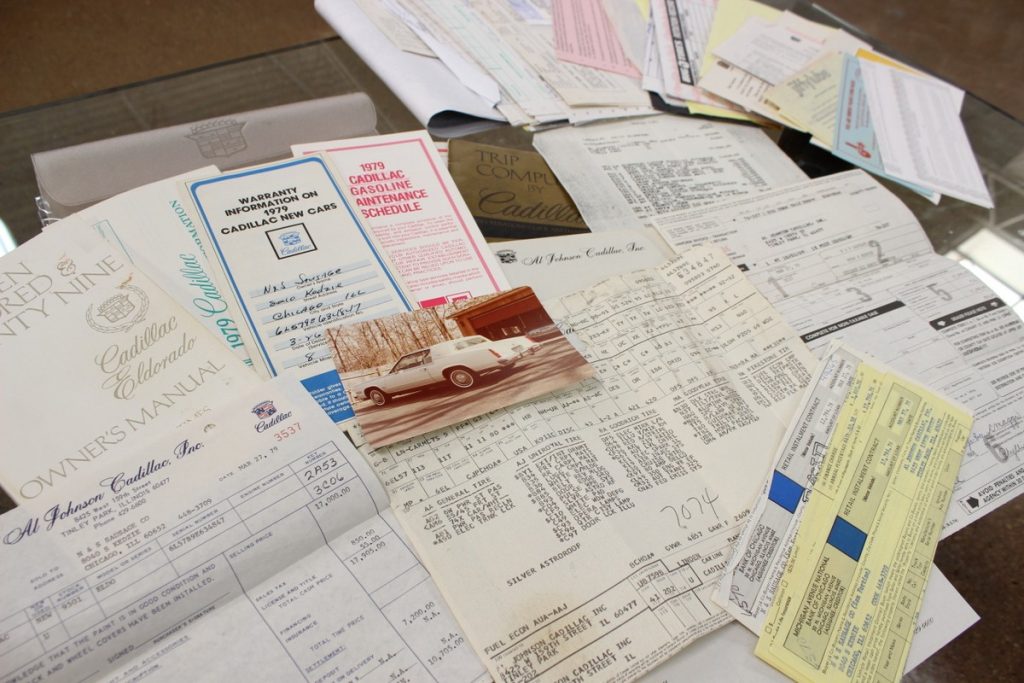 Browsing through an extensive paper trail that goes all the way back to new, it’s clear that these champions of sausage were really treating themselves when they ordered their new Caddy. They didn’t skimp on options; no, this Eldorado was loaded. With a digital dash display and self-dimming lights, this was already a well-equipped car. But these folks took it to the next level by ticking the box for the stainless steel astroroof, a tremendously expensive, not to mention flashy, option. 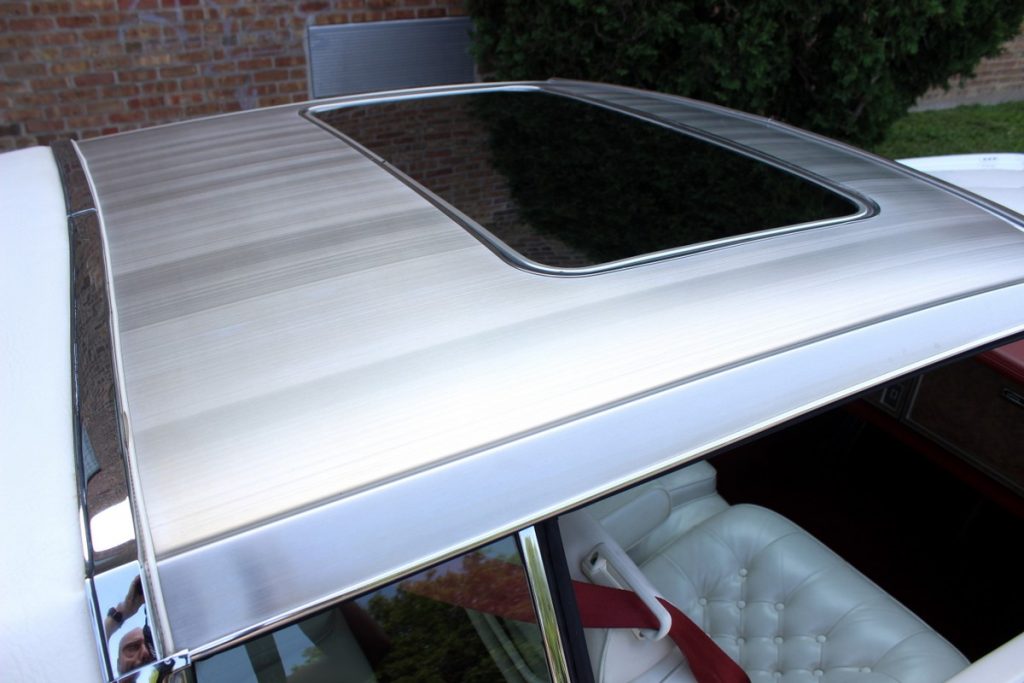 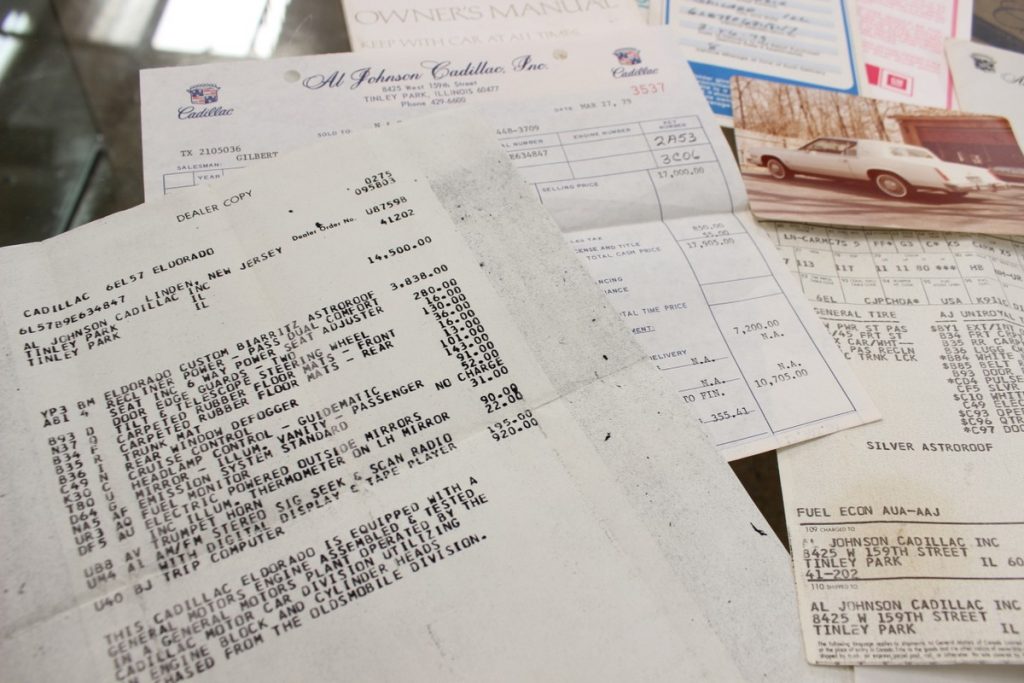 $3,838 in 1979 is equivalent to just over $13,500 today, to put the cost of the Biarritz stainless astroroof package in perspective. Hell, the option itself made up almost a quarter of the sale price of this car! 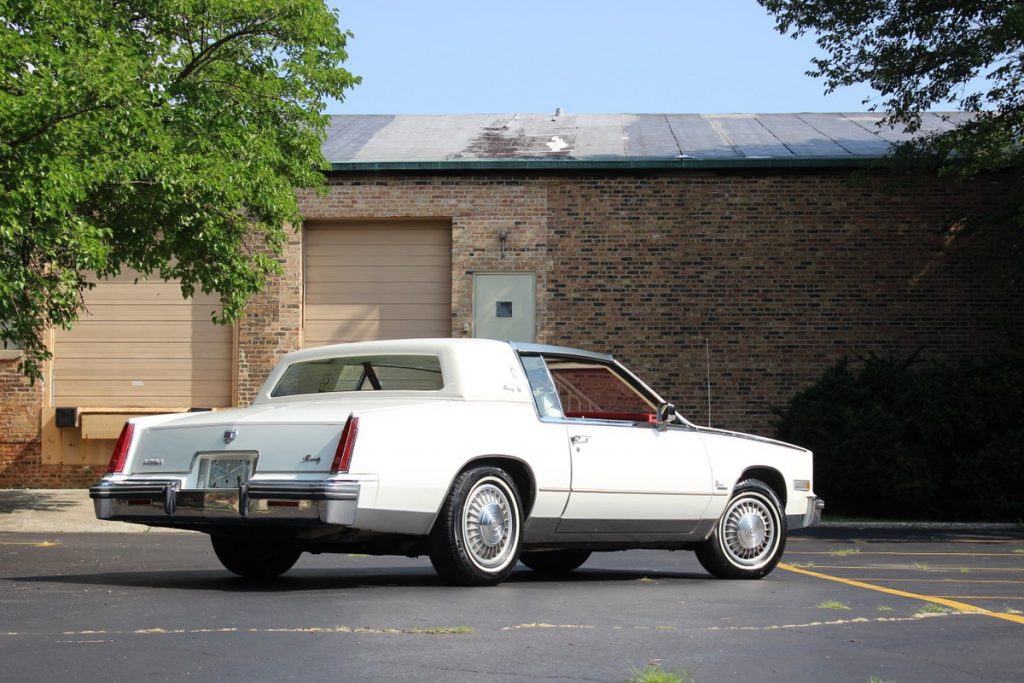 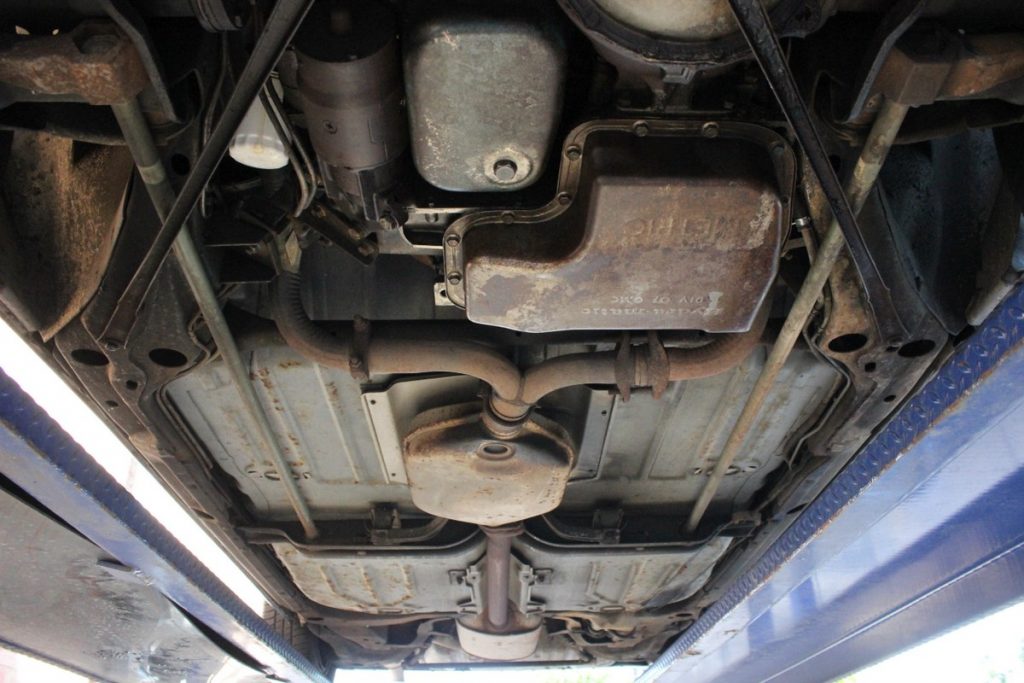 So many of the unrestored survivors that we come across have a backstory that includes periods of extended storage; somebody grew old or passed away and, as a result, let their beloved car sit unused. However, and this is massively confidence-inspiring from a mechanical standpoint, this car has been continuously registered, insured, and driven all the way since new. This is hugely uncommon for a car of this vintage, and is very much a value-add as it relinquishes concerns of things like dry seals and deferred maintenance. This car’s paper trail indicates 13k miles in 1988, 22k miles in 1998, and 35k in 2009. Amazing. With a 40 year active streak of 1,000 mile summers, one enthusiastic owner since new, excellent documentation, and the fantastic, totally over-the-top spec of Cotillion White over white leather and with a stainless astroroof, this Eldorado Biarritz is truly one in a million. A unicorn, you could say.