Sorry, It’s Not For Sale

Sorry, It’s Not For Sale 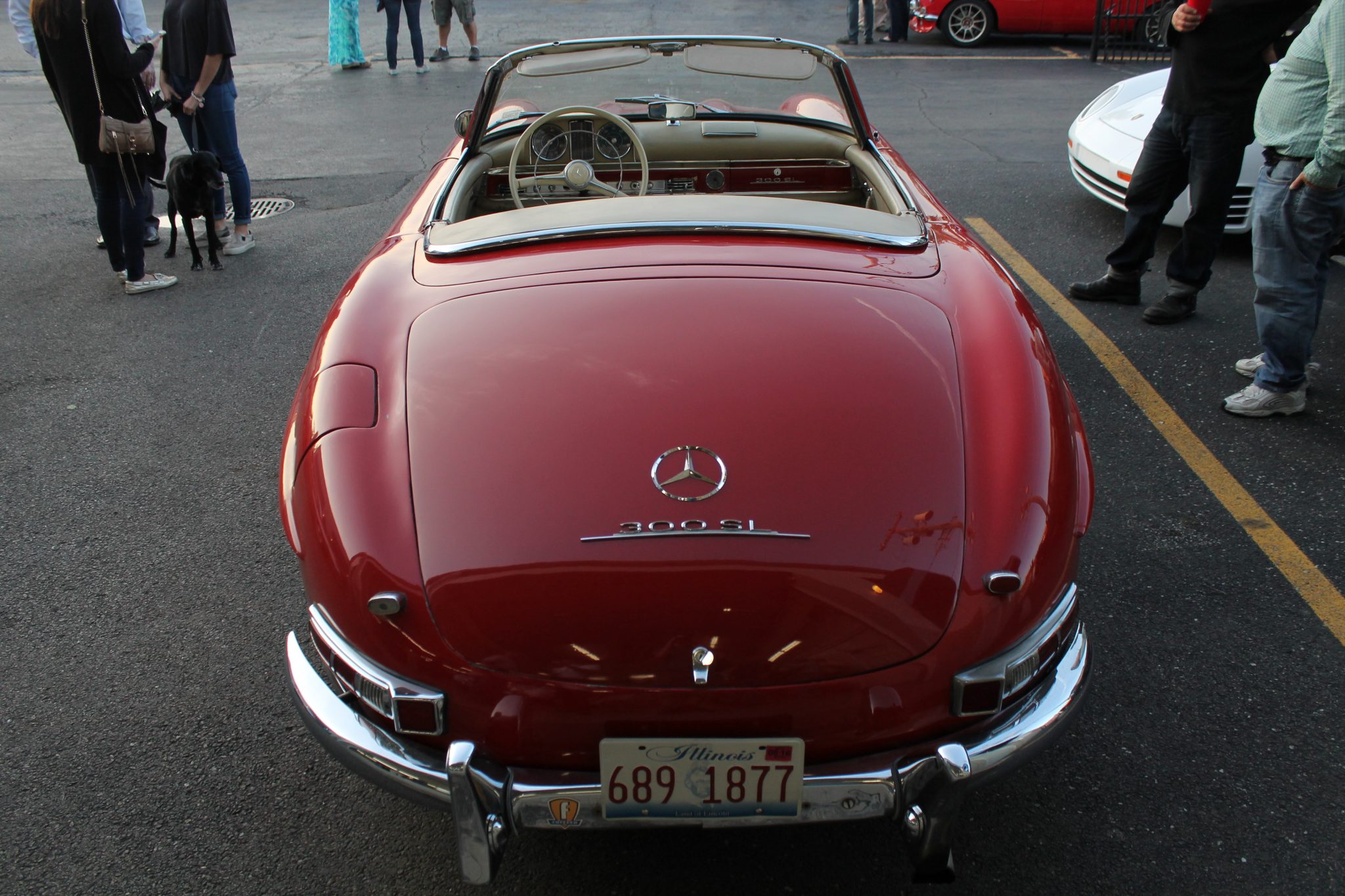 …There are a couple different types of collector car owners; there are those who are fastidious, never allowing their cars to be seen in public at anything shy of concours-level presentability, and then there are the drivers, owners who choose to forego often significant resale value in favor of using the car as the manufacturer intended, by getting behind the wheel and properly enjoying it. Certain types of cars will attract certain types of owners; generally, the more valuable the car, the more likely it is that the owner will be of the fastidious sort. When values of a particular model soar into the seven-figure range, we typically see the aforementioned “drivers” selling their cars, then to be purchased by those who will retire the car to their climate-controlled garage where they house the rest of their collection.

Our good friend Shelly undoubtedly falls into the “driver” category. However, he has absolutely no intention of selling his car, a 1961 Mercedes 300SL Roadster, a car that has experienced an exponential increase in value since he purchased it in the mid 1970s for just $5000, in addition to a $1000 store credit at his business, Chicago’s oldest “progressive general store”. When Shelly bought the car, the 300SL Roadster was a stylish, albeit somewhat overlooked sports car. In true “driver” fashion, the first thing he did was fit a stainless exhaust and rack up some mileage. Years later, in 1986, the motor chewed itself apart. Finally it was time for the SL to receive some special treatment. Shelly’s close friend Kenny Widdes happened to own a body and mechanic shop in Chicago called Albany Auto (now home to Chicago Car Club). Shelly commissioned a light restoration, which included a fresh coat of factory-correct red paint as well as an interior refresh. Since 1986, the car has remained unchanged. The car is beginning to show it’s age by way of rock chips and interior cracking, but to Shelly, the car only gets sweeter with age. The crowds at every Cars & Coffee event seem to agree. He’s been offered seven-figure dollars for his car on multiple occasions, always declining without hesitation. “The car isn’t for sale”. Cars of this caliber are so rarely seen in “driver-level” condition that when show-goers see Shelly hanging by his car, everybody wants to hear the story behind it. The car is a social catalyst; Shelly will be the first to admit he’s not a terribly outgoing guy, but the car has a magnetic effect on people, which has led him to many like-minded individuals. He’s now a member of the Gullwing Group, and has become a staple of the Chicago classic car community. 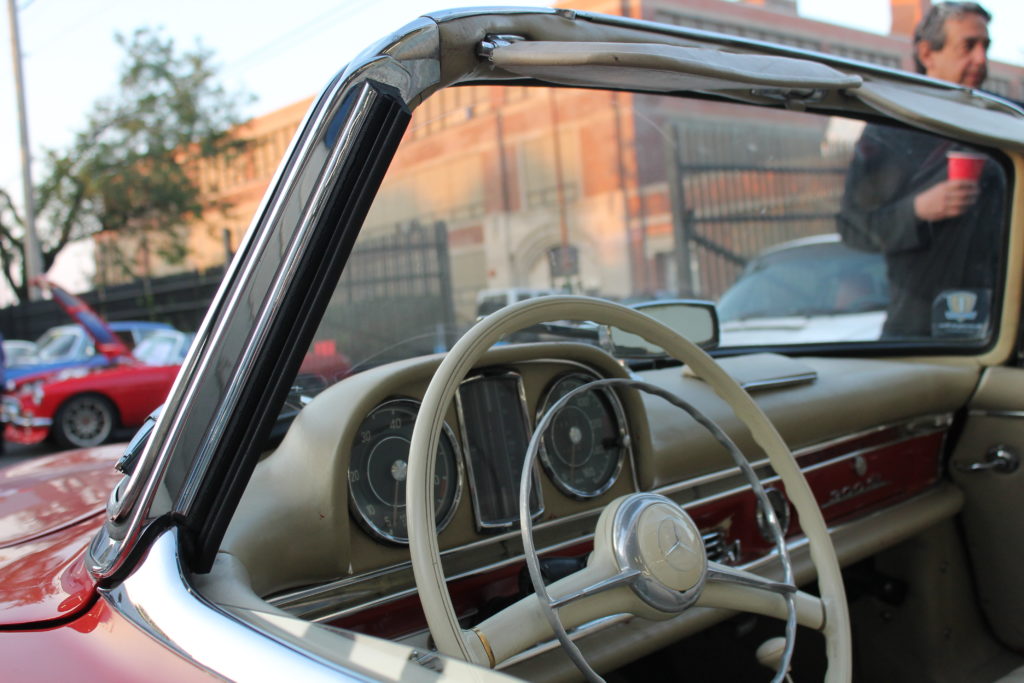 With a car as special as this one, it’s no wonder Shelly is a seasoned Cars & Coffee vet. You can find him and his 300SL at just about any classic-car gathering the greater Chicago area has to offer. The best part? He’s not deterred by an iffy weather forecast. When was the last time you saw a 300SL out in the rain? 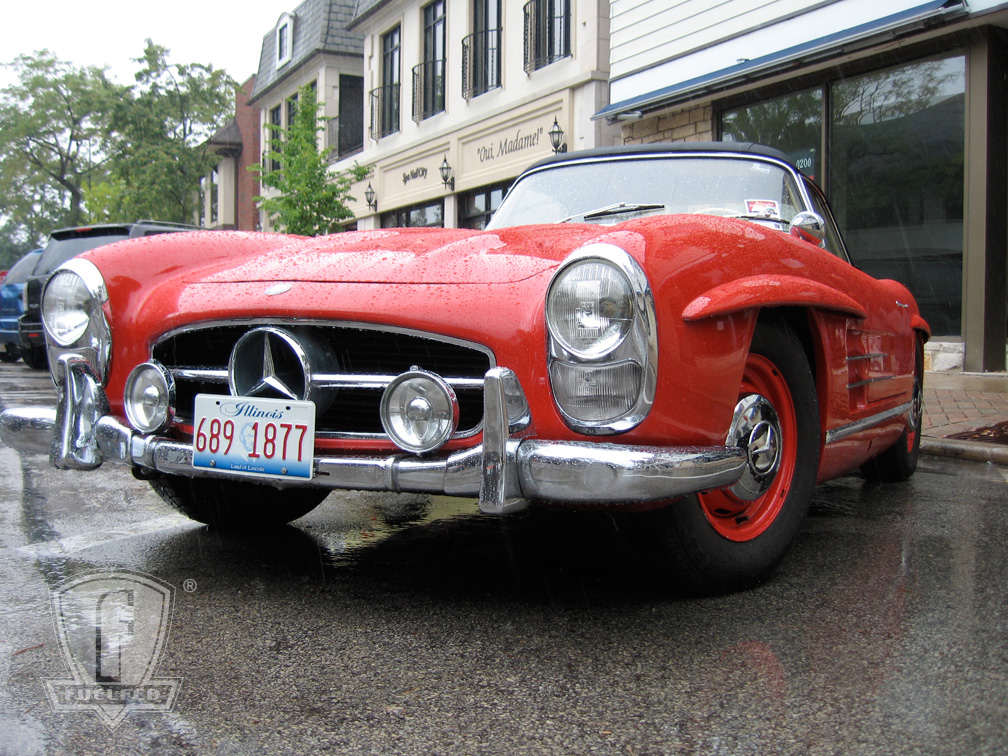 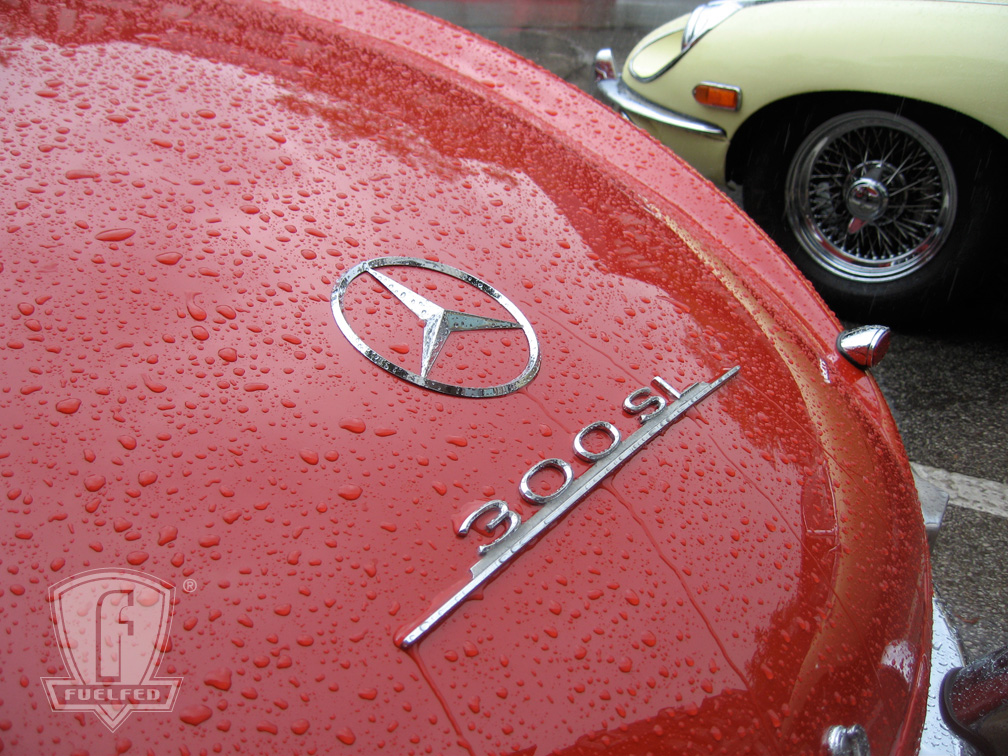 Shelly even drives the car through traffic in downtown Chicago, though he says he prefers to get the car out onto the highway and stretch its legs. It’s not the tight-quarters of city traffic that concerns him, it’s the bystanders that walk out into the road and obstruct traffic to snap pictures of him and his car. During the summer months, he routinely drives the car two and a half hours each way along the lake, from Chicago to South Haven, MI. 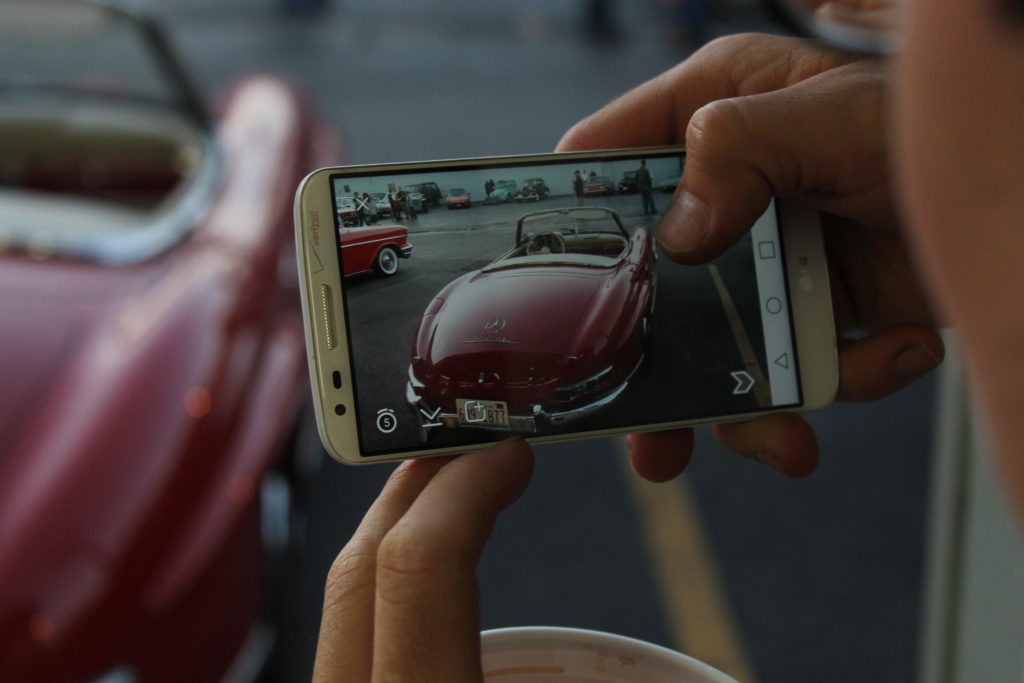 While the 300SL is unquestionably Shelly’s go-to for weekend events, it isn’t his only classic car. Just this summer, we at Chicago Car Club found him a 1988 Mercedes 560SL. To the surprise of no-one, he’s logged over 3,000 miles behind the wheel in just his first three months of ownership. 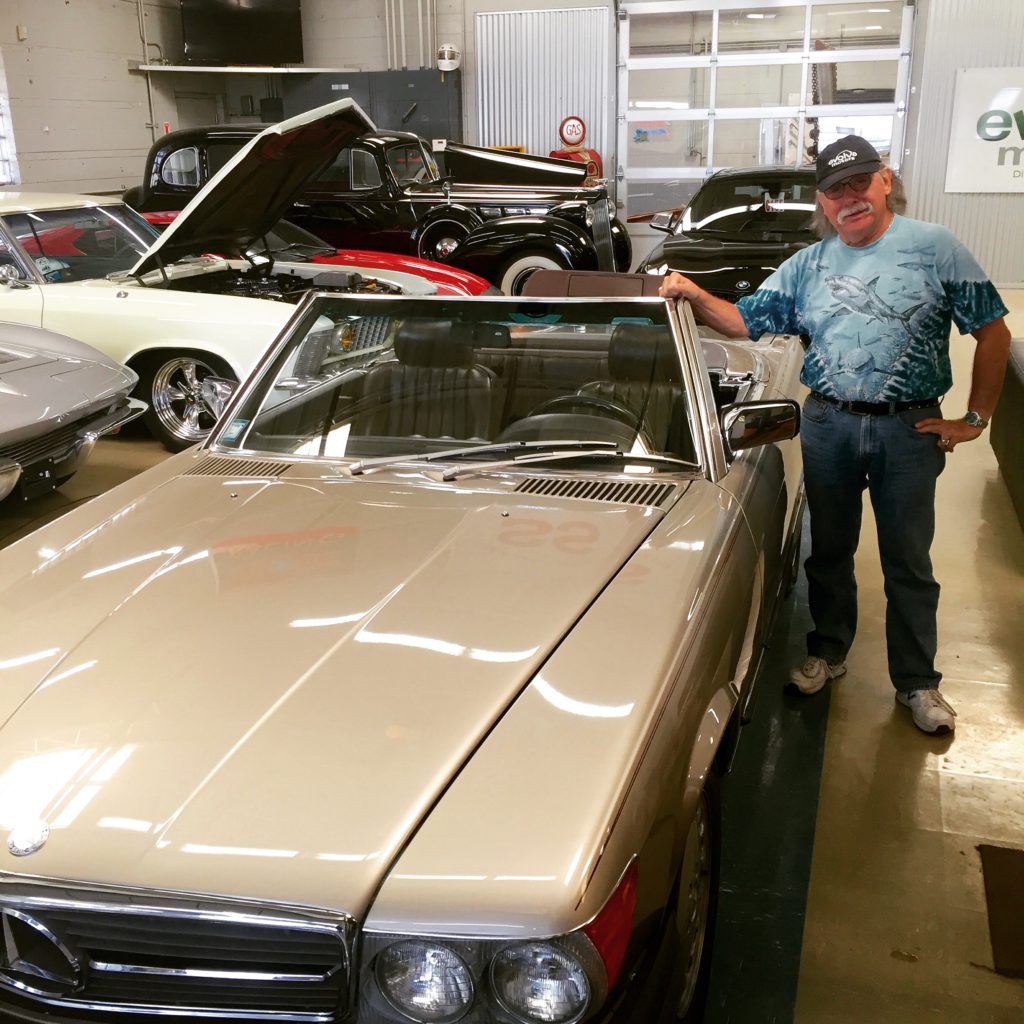 The type of classic car owner that Shelly represents is the type that all of us enthusiasts can get behind; he doesn’t keep his 300SL locked up in a private collection, he drives it on a regular basis and allows the rest of the world appreciate it. And that’s what it’s all about, enjoying the drive and sharing the appreciation for the automotive hobby with those like-minded, enthusiastic individuals around you. 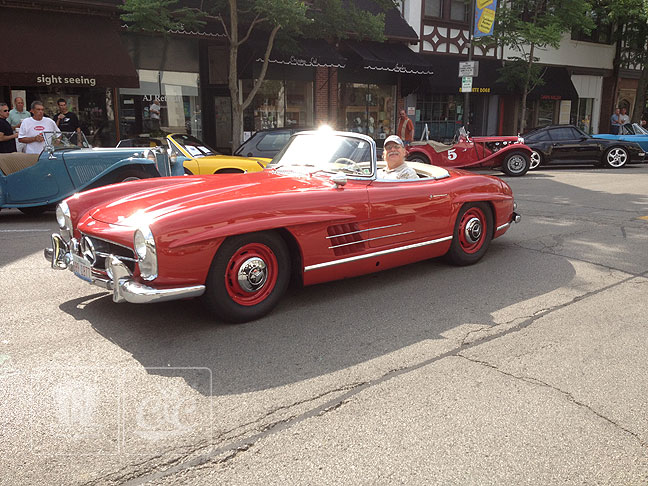