In Defense of the Purist

In Defense of the Purist 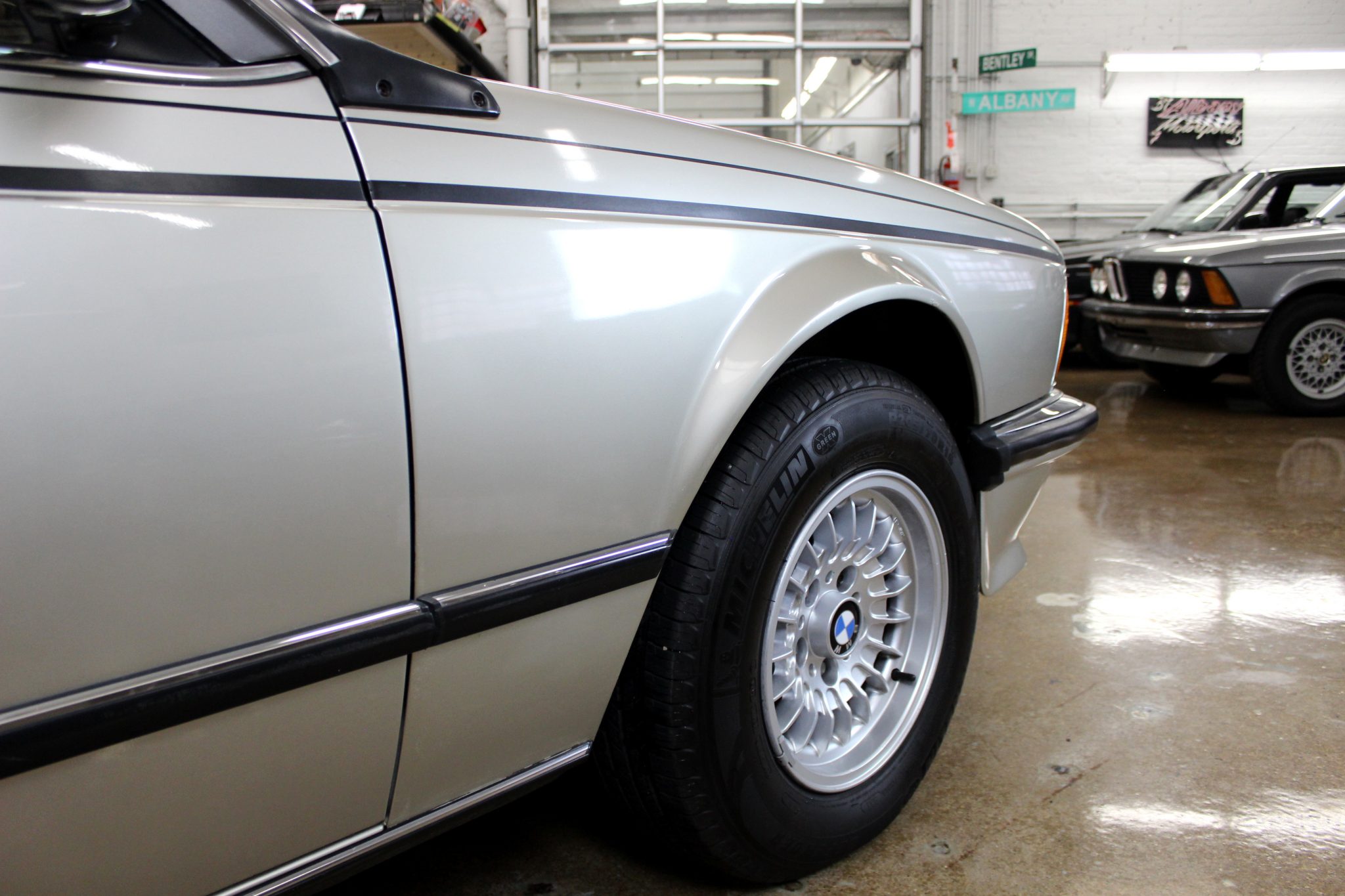 …It’s taken a couple decades of being involved in the automotive hobby, but I’m beginning to see the logic in the “purist” approach to classic car ownership. Don’t get me wrong, I love a good modified car. In certain circumstances, I do think a handful of subtle mods can really set a car apart in the best of ways. However, it’s hard to argue the fact that cars left their respective factories in a certain spec, that spec being exactly the way that the manufacturer intended for the cars to look and feel.  While I’ve long been an advocate of tweaking cars to truly make them your own, the older I get and the more time I spend around original, “collector” cars, the more I find myself gravitating towards the ones that are factory-correct throughout. I used to struggle to wrap my head around how buyers and owners of classic cars could resist the urge to do simple mods like increasing wheel size and reducing ride height, but these days I find myself admiring an owner’s choice to stick with their small wheels and cushy sidewalls. For example, the other day I found myself entranced by a BMW 635csi; oddly enough, the part of the car that I felt really brought the whole look together was the fresh set of Michelin Defenders wrapping the original BMW bottlecap wheels. A creative, clever, or individualistic wheel and tire choice? By no means. But as an enthusiast and a driver there’s absolutely an appeal there, as that wheel and tire combination creates the illusion that the car still provides the same driving experience as it did in the early 1980s. This appeal carries more weight with certain cars than with others though, as the desire to experience a car in as-the-factory-intended spec is at its strongest, at least in my eyes, with cars that have gone down in history as truly great. When I think of what cars really bring out the purist in me, cars that I’d only own in “correct” spec, there are a couple examples that immediately come to mind. 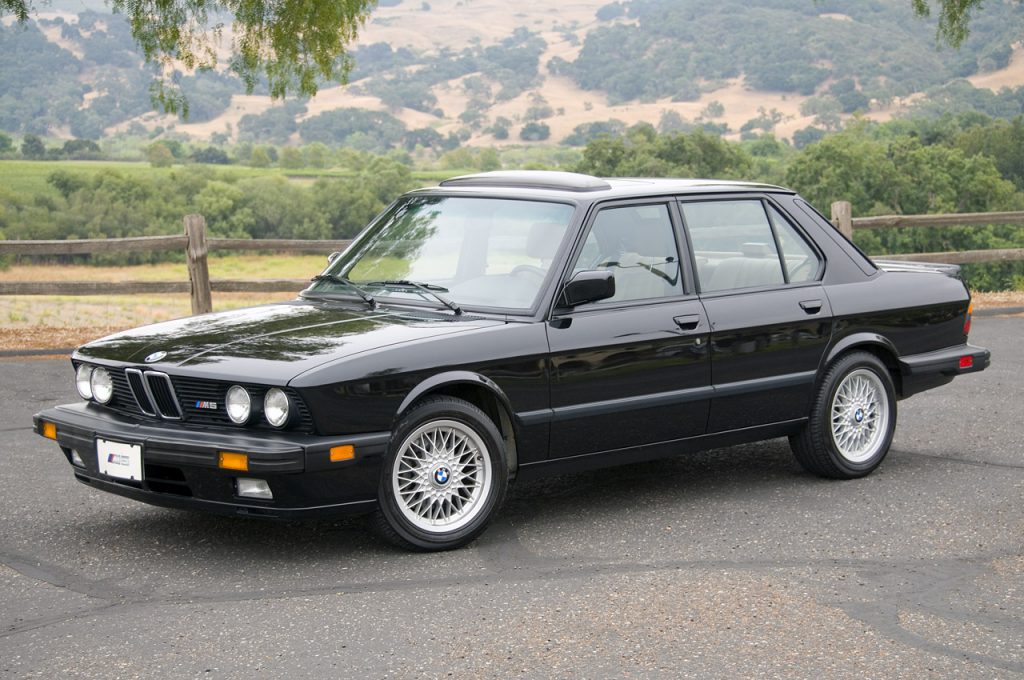 There’s no question that BMW was at the top of its game in the late 1980s. The overwhelming majority of those in-the-know regard the e28 as the best of the 5-series, the e24 best of the 6-series, and the e30 best of the 3-series; all were nearing the end of their production run in the late 1980s. With such a fantastic lineup, I think it’s safe to say that we can trust BMW’s judgment at the time. The e28 M5 was only available in North America with one option, heated front seats. Car buyers had no other say in the spec of their car; BMW ordered that the e28 M5 should be painted jet black, have leather seats, and sit on 16×7.5” alloy wheels and as such, didn’t allow customers to deviate from that. So now, on the rare and tremendously exciting occasion that I encounter an e28 M5, it MUST be exactly that spec. If not, you better believe I’ll question the sanity of the owner. If the factory cared enough to only allow the car to be sold in one particular spec, there has to be something to it. 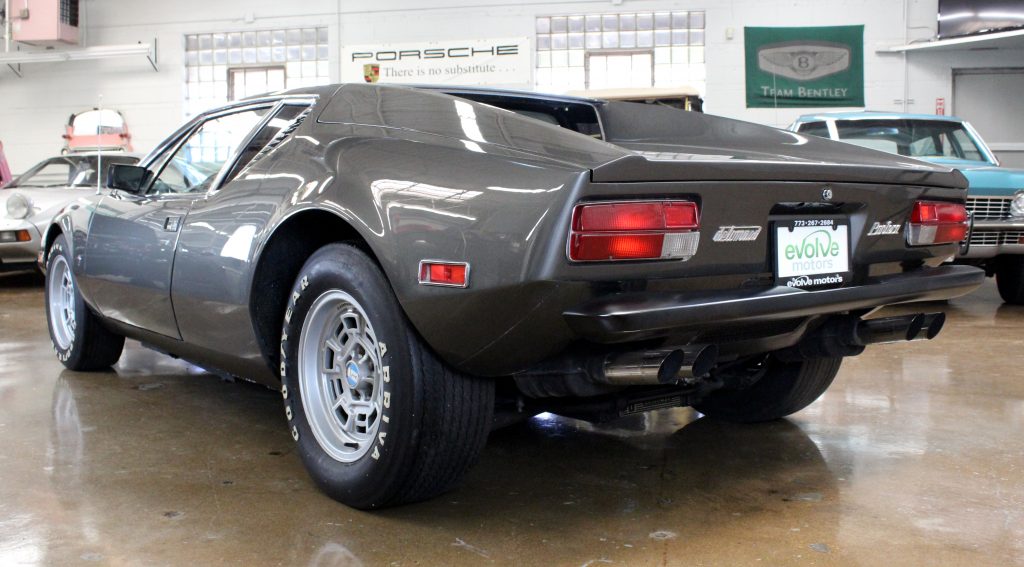 This car NEEDS 15” Campagnolos wrapped in Goodyear Arrivas. With them, the car looks decidedly Italian, but the Nascar-esque white-lettered Goodyears hint that it’s not quite an Italian car. This factory-correct wheel and tire combo suits the car perfectly; the overarching appeal of the Pantera was, and remains, Italian looks with American usability. An elegant, Italian-built body backed up by an American powertrain; this ethos is carried through to the wheels and tires. Campagnolo wheels for the aesthetic appeal, contributing an element of fine Italian design, and purposeful, tried-and-true Goodyear rubber for maximum usability. A decent set of Arrivas is damn near impossible to come by these days, but for a Pantera to really be a Pantera, it’s gotta have ‘em!

Call me lame, call me boring, but there’s a very real allure to a classic car being presented in exactly stock form. If you were to tell me that I’d feel this way now some years ago, I’d call you crazy. But now, having been around the block a few times, I’m coming around. I’d even go so far as to classify myself as a purist. As the purist mantra goes, trust in the factory; there’s a reason the engineers did it the way that they did.