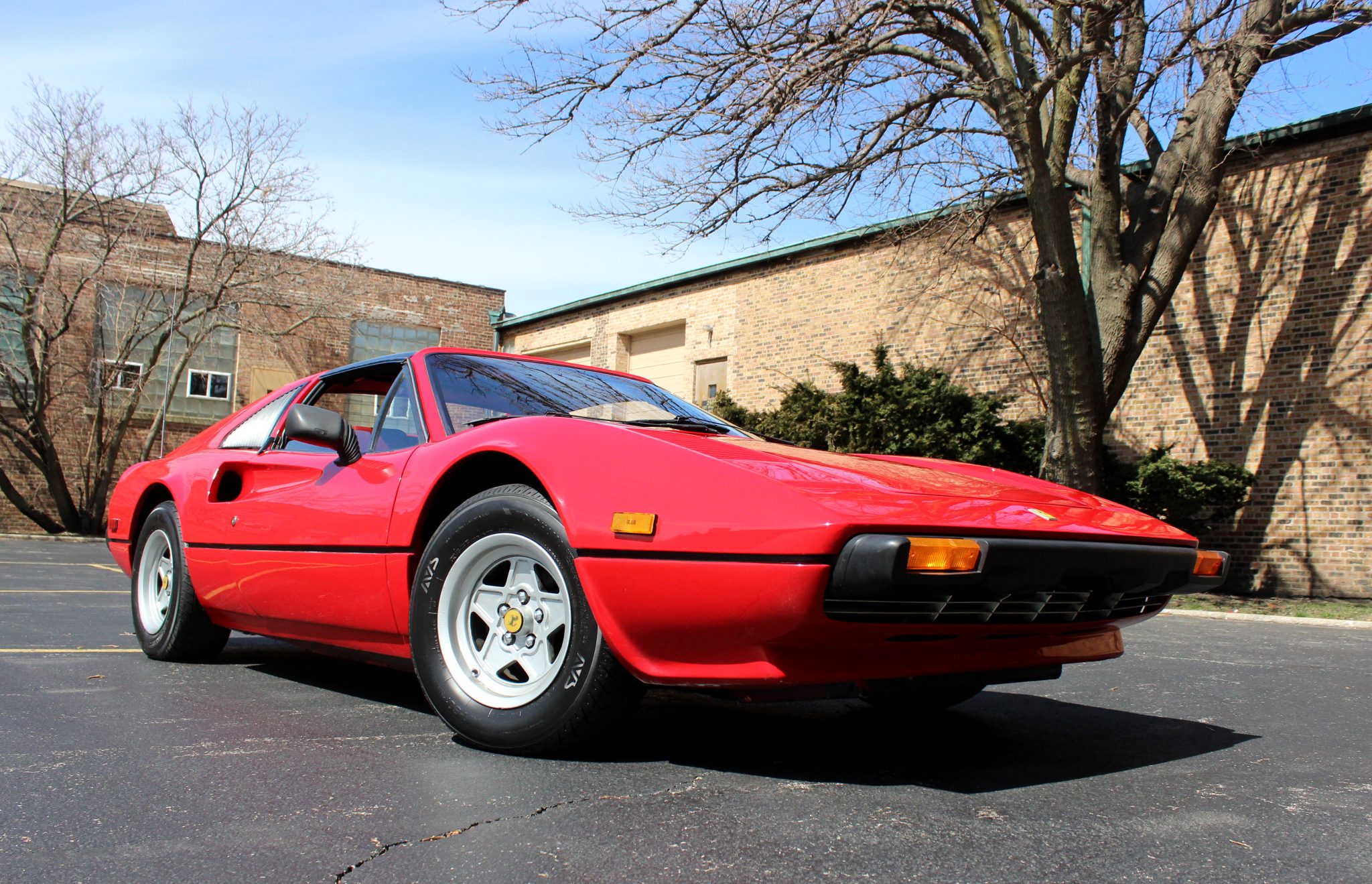 …At Chicago Car Club we’re lucky enough that, for the most part, inventory comes to us.  We’re constantly getting emails, phone calls, and text messages from folks looking to sell their classics, and it makes our job all that much easier, more efficient, and enjoyable.  This means no scouring through Craigslist, eBay, or nearby neighborhoods on the hunt for cars to buy; instead, we are able to run through our inbox and see what’s out there.  Since owners are coming to us, more often than not we’re looking at cars that have not been listed for sale elsewhere, have likely been in the same family for many years, and are now in the hands of a motivated seller.  While we have more potential-buy cars coming at us than we could ever accommodate, we do still like to keep tabs on local estate sales.  Not necessarily with an eye for cars though; we’re enthusiastic about all things classic and collectible, and sometimes interesting watch collections, vintage motorsports gear, or antique signage comes up for sale in our area, so we’re fairly in-tune with a handful of estate-liquidation companies.  In Spring of 2018 we were made aware of an estate being liquidated just a few blocks from our shop, so of course we decide to take a look.  We start browsing the photos of what will soon be auctioned…..scrolling down the page, scrolling, scrolling, and hoooooly sh*t, that’s a dusty Ferrari!  Get the phone number, grab a towel, flashlight, battery pack, and lets go!

When we arrived at the house, no more than half a mile from the shop, we were pretty blown away by what we found.  The houses and alleyways on this block were somewhat dilapidated and tired-looking, definitely not the place you would expect to come across a bright red Ferrari.  Turns out that the homeowner had recently passed away, and his cars were his pride and joy.  While the house was nothing to write home about, the two-car garage was a different story.  This guy had a Porsche 996 Turbo in addition to his 308 GTSi; unfortunately the Porsche was already spoken for by the time we got there but regardless, this guy had his priorities in line.  His cars came first. 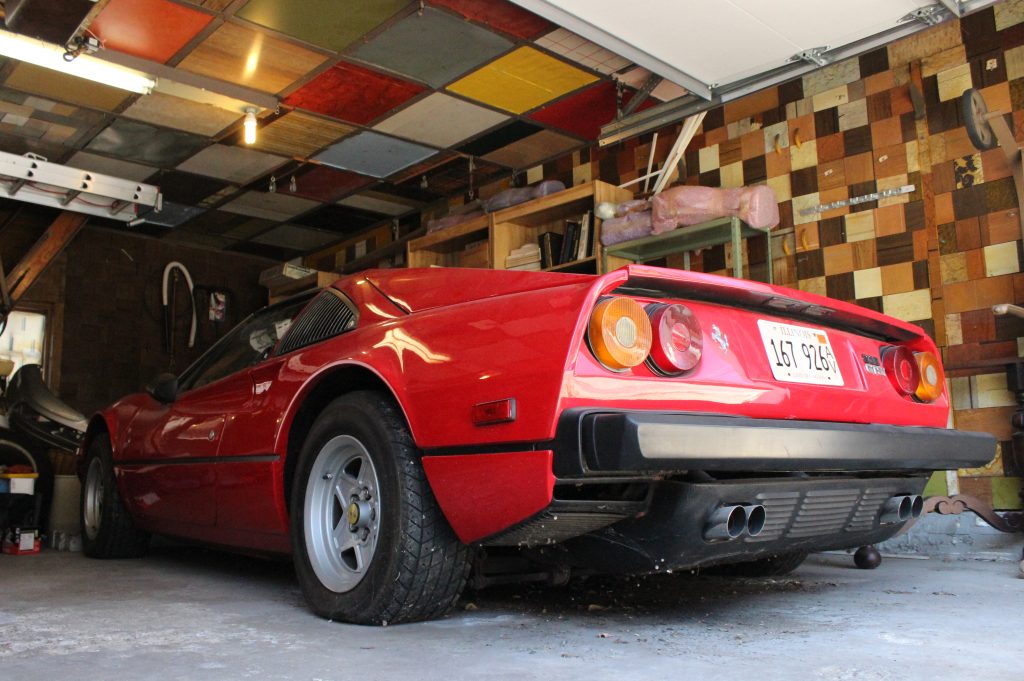 We agreed to buy the Ferrari.  Right then and there, a week prior to it coming up for auction.  But with the owner having passed away, we had absolutely no history on the car.  There were no family members that could tell us about the owner, and there was no paperwork to be found in the car.  Tough break, as a Ferrari with no known ownership history and no service records or manuals is a seriously tough sell.  But we weren’t going down without a fight; we spent the next hour or so going through every nook and cranny of that 3-floor home.  Every desk, drawer, and file cabinet was opened.  Eventually, as we were about to tuck our tails between our legs and accept the fact that we just bought a documentation-less Ferrari, the car’s manuals appeared.  There they were, sitting on a shelf in the very last room we searched.  Yes!  While the manuals didn’t tell us much, it was something.  And in the case of vintage Ferraris, something is far, far better than nothing. 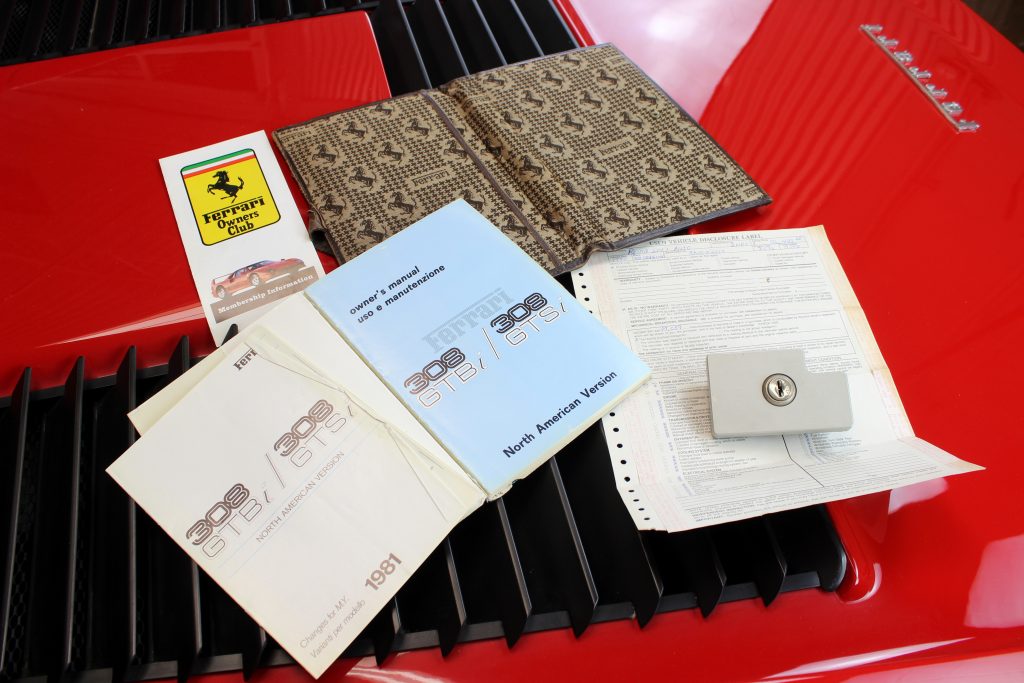 We found something else too; in the car there was a bright red Ferrari Formula One jacket, and it fit!  If you’re gonna go Ferrari, may as well make the full commitment.  Red car, red leather, red jacket, red hat.  Yes.  We had the car for months, and I don’t believe I ever drove it without the red/red/red getup.  Pull up to a coffee shop, park the car right out front, and strut in there with a red Ferrari jacket.  Yep, that’s right coffee shop folks, that’s all me.  Sometimes it’s fun to be that guy. 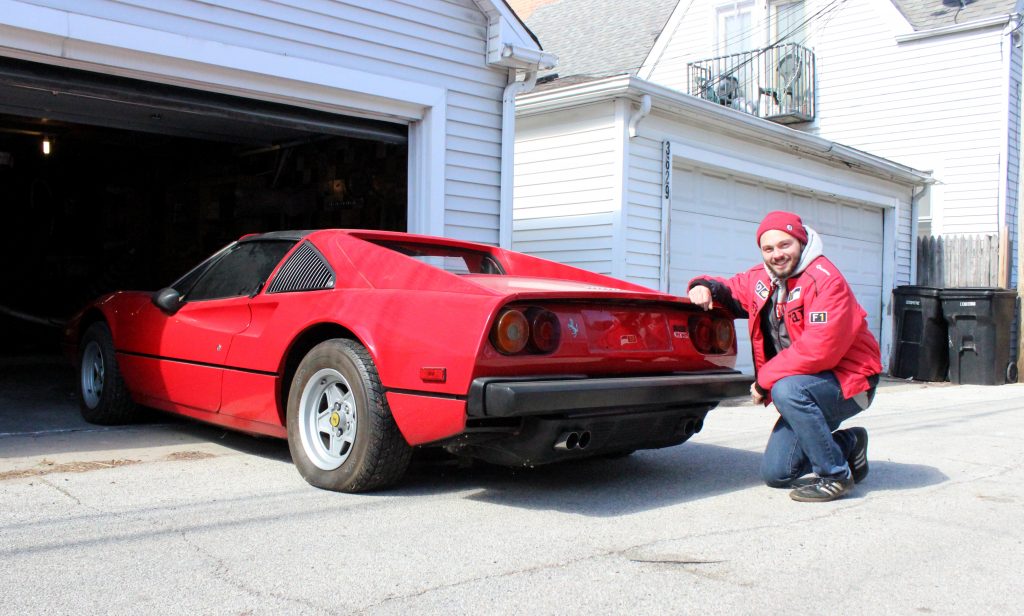 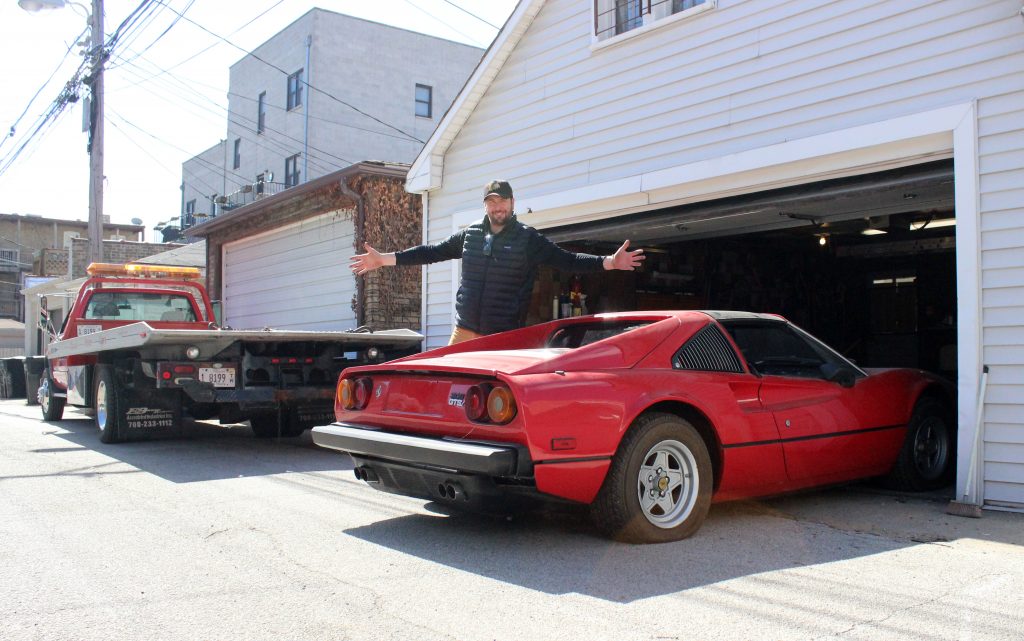 Not long after the Ferrari we picked up a ’47 Chevy Snub Nose hauler, in red.  Very red.  So when we hosted a car show a few weeks later, I think you can guess what the centerpiece was….

That’s the fun of something like a red Ferrari, it’s an eye-grabber.  It’s always an event in and of itself just to go somewhere.  Constant photos at stop lights, punk teenagers trying to race….the sense of occasion (SOA) is off the charts!