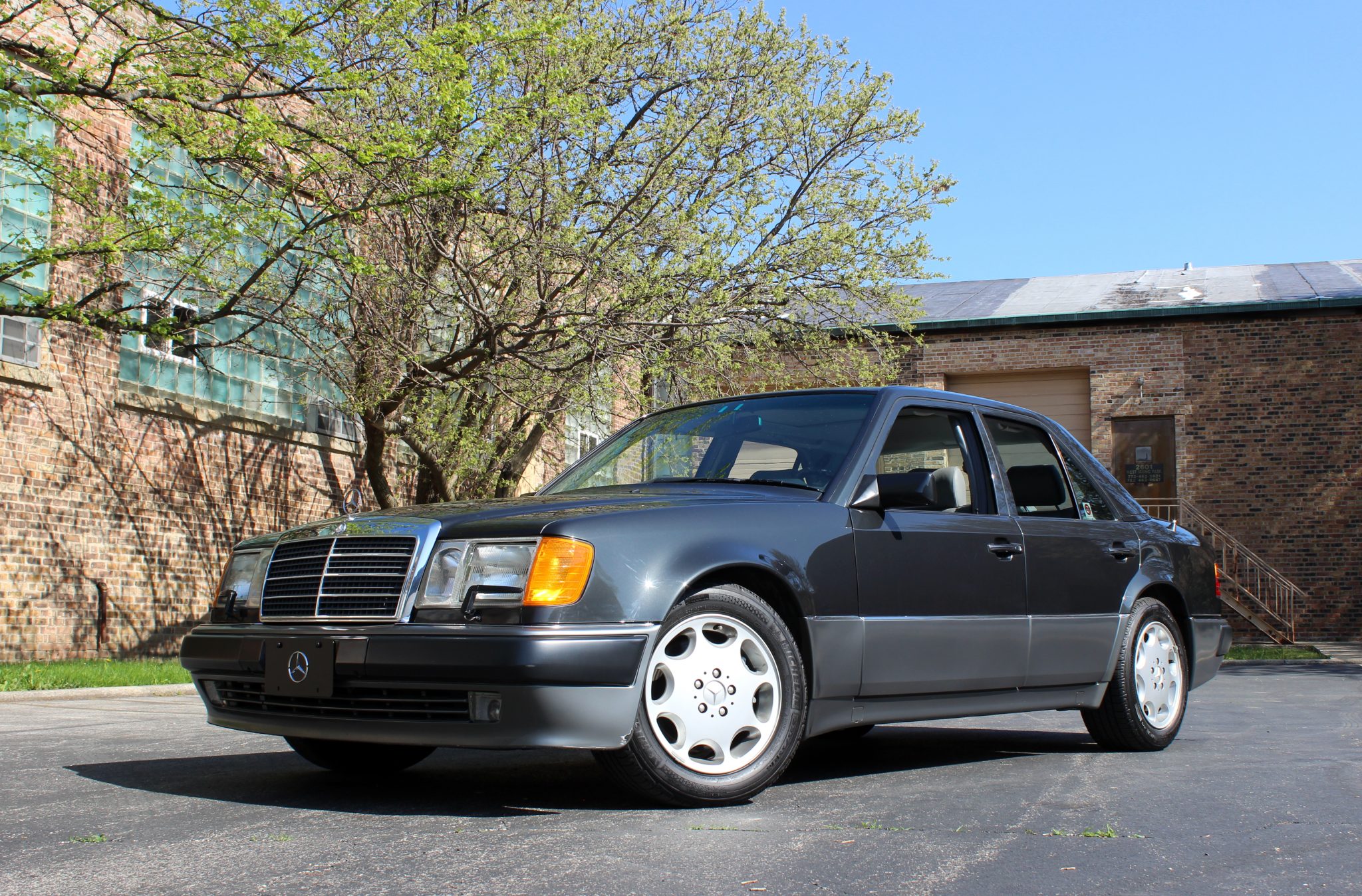 …I’ll admit, until I’d driven one, I struggled to grasp just how or why the Mercedes 500e, a relatively pedestrian-looking 90s sedan, could still command sale prices upwards of $50k 25 years after its inception. However, after a few miles behind the wheel, it all starts to make sense; the automotive press in the early 1990s hit the nail on the head, the 500e is best described as a “Wolf in Sheep’s Clothing”.   A quick look at the car doesn’t tell the whole story; it’s the background of how the car came to fruition, and the unlikely collaborative effort of two German marques that makes the 500e such a unique, historically-significant, and desirable vehicle. 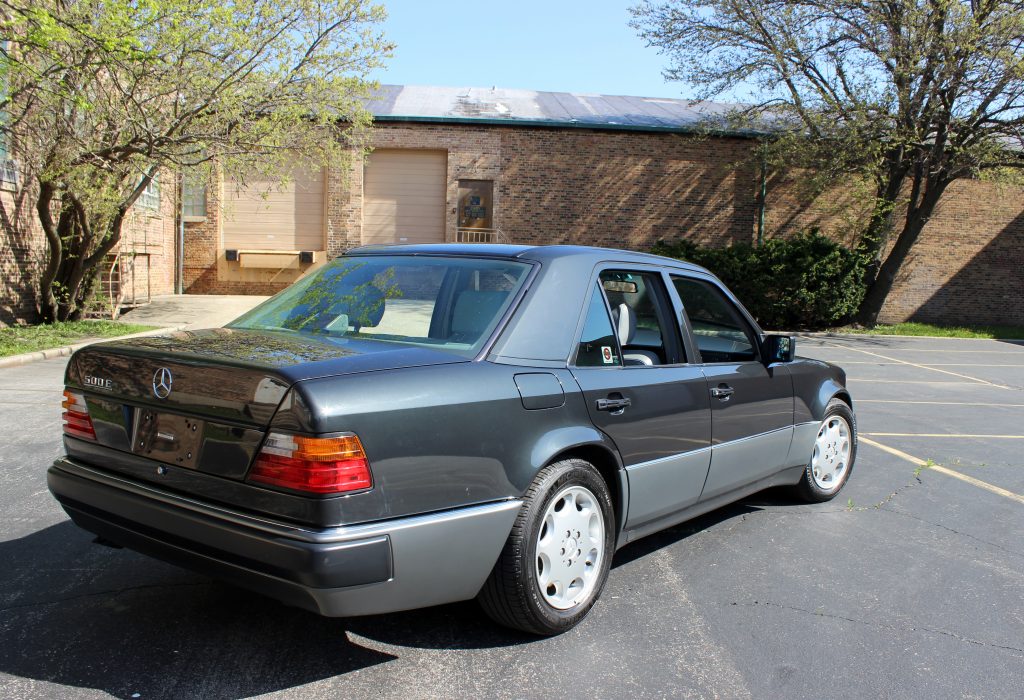 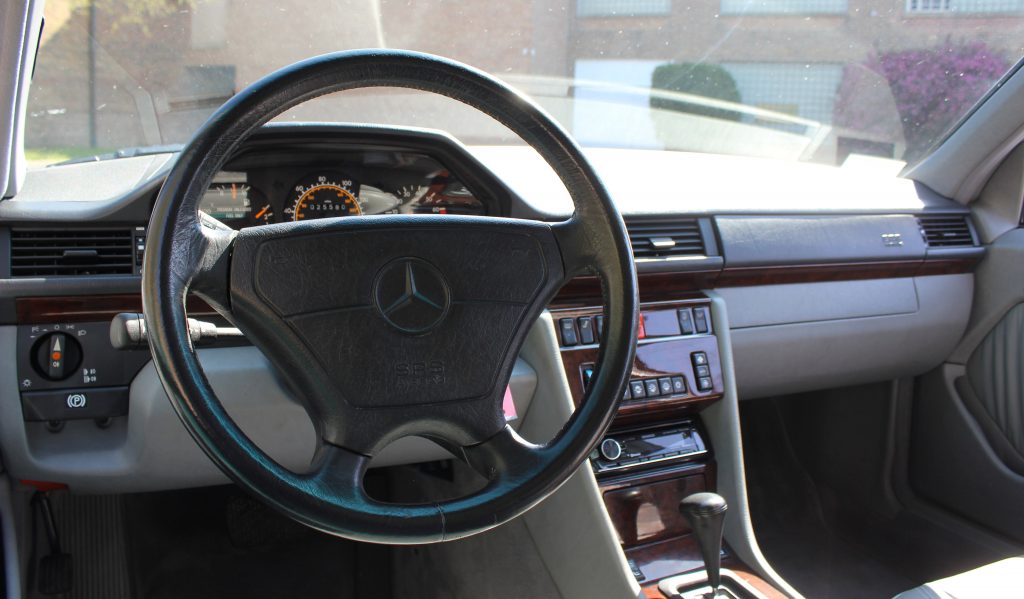 In the late 80s and early 90s, Porsche was in dire straights. Their model range hadn’t seen any major updates in decades, and sales dwindled. On the verge of bankruptcy, Porsche offered up their manufacturing resources to the highest bidder. Mercedes was under market pressure to come up with a hopped-up 4dr sedan to answer to BMW’s M5, which had been ruling the super-sedan segment with an iron fist since it’s introduction in 1985. Mercedes made the most of Porsche’s vulnerable position; Mercedes contracted with Porsche to collaborate in creating the ultimate Autobahn-blaster. Mercedes sent W124 E-class chassis, as well as 5.0L SL-class motors, to Porsche’s Zuffenhausen plant and let the Porsche engineers work their magic. Mercedes executives provided very little for direction, and the execution, clearly, was brilliant. Porsche transformed the very tame W124 into a proper performance machine, fitting the car with stiffer, lower suspension, a Recaro sportline leather interior, bigger brakes, aggressively flared front and rear wheel arches, and larger alloy wheels, among other things. 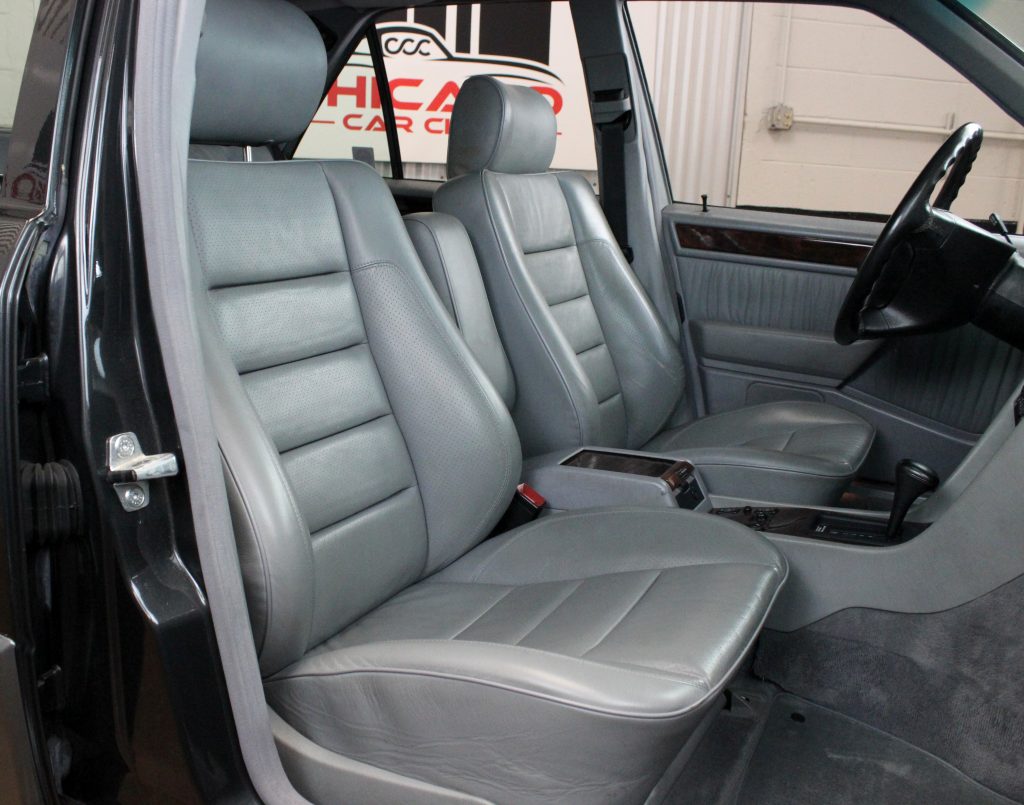 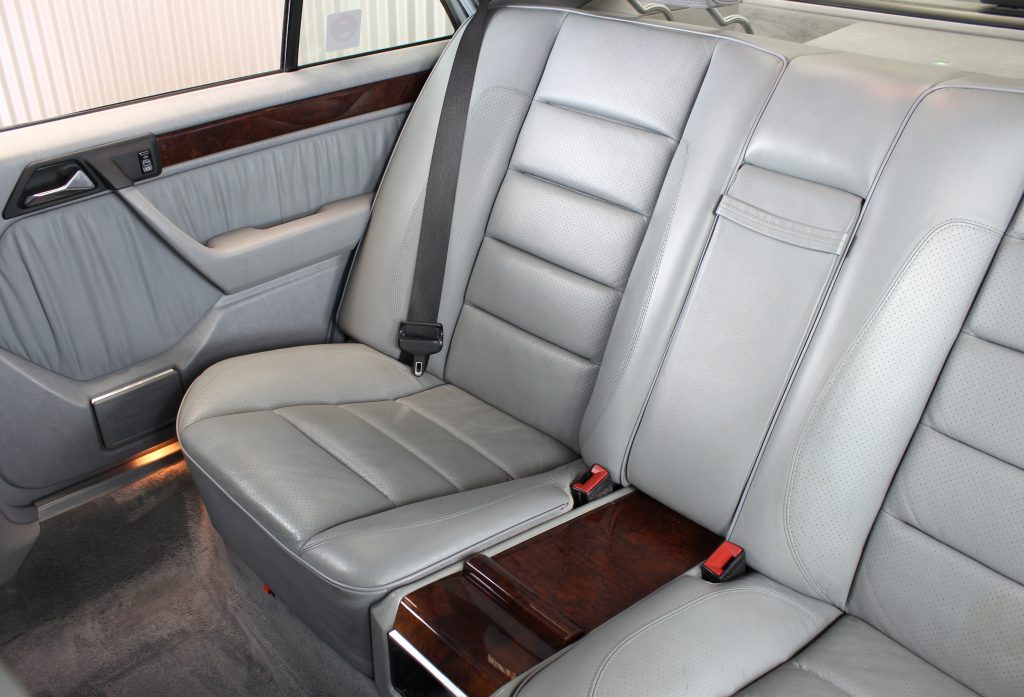 This particular example, which we’ve just listed for sale, is one of only about 1500 to come to the United States. The owner, our buddy Marvin, purchased the car new in 1992 and has only added 25,000 miles over the course of his 26-year ownership. While 25,000 miles doesn’t sound like much, it was enough to come away from the ownership experience with some fantastic, quintessentially-500e stories….. 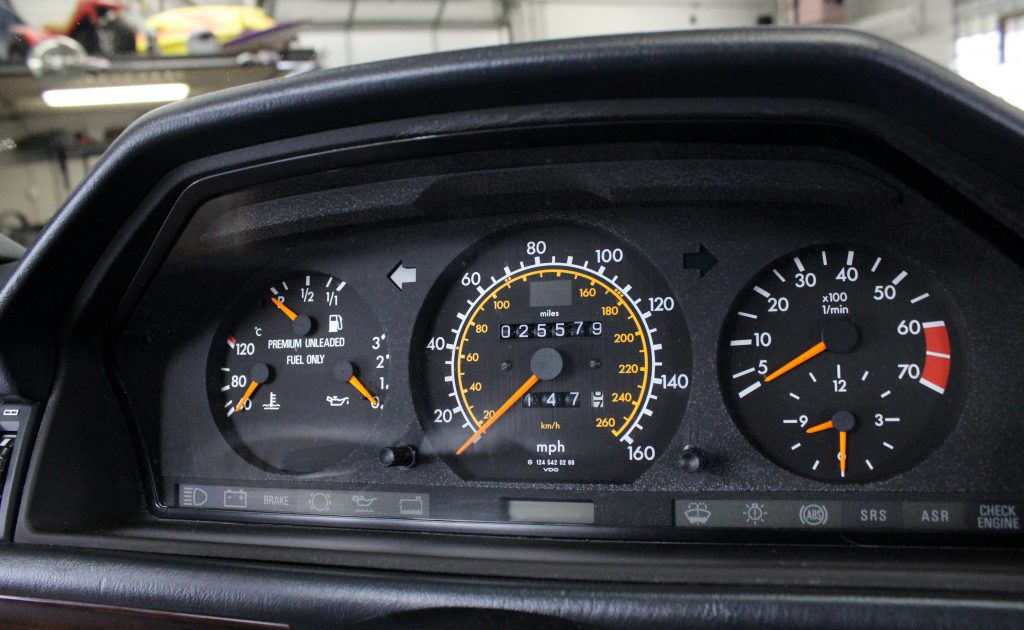 When I asked Marvin how he managed to put so few miles on a car regarded as one of the all-time-great long-haul highway cruisers, his response was priceless. He originally bought the car to be his wife’s daily-driver; she did drive it for a year or so, but after a few thousand miles she handed him back the keys and said “we should trade this in, it’s too fast!” Marvin, being a Mercedes guy and recognizing the significance of the 500e, couldn’t bring himself to get rid of it, so he went out and got her the 300e and held onto his 500e as an every-once-in-a-while driver. 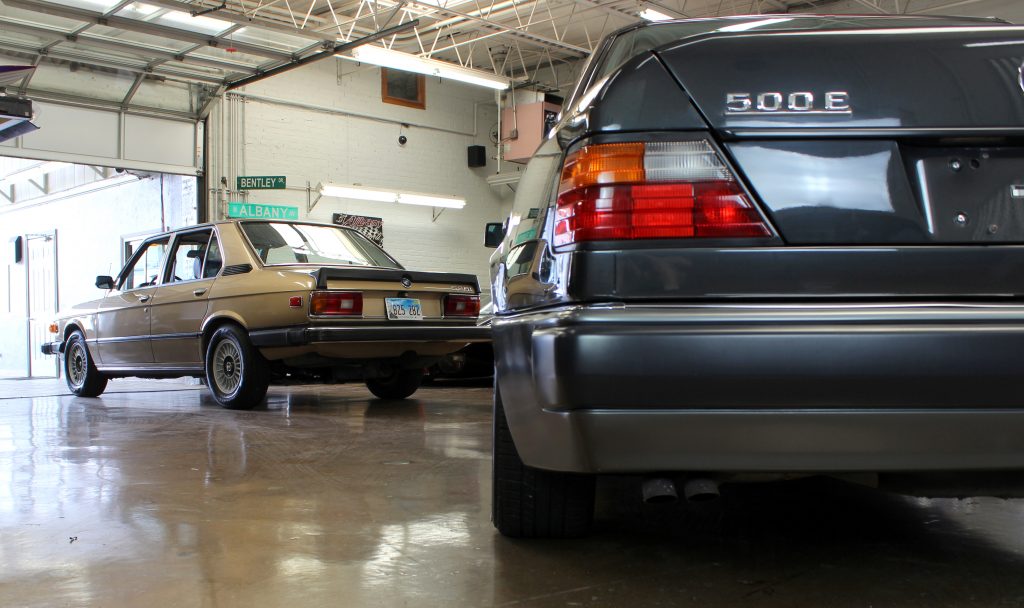 The first time I drove the 500e I was blown away by the immediately-recognizable build quality. The car is rock solid; ride quality is silky-smooth, the car isn’t phased by Chicago’s pothole-ridden streets, and is dead silent from inside the cabin. Speed is effortless, gears are long, and the car truly gives the impression that it’s most at home on the freeway, in the leftmost lane, humming along at triple-digit speeds. When I relayed my initial impressions to Marvin, he chuckled and began to tell me his fondest memory of his 500e. Some years ago, Marvin went on a trip to Vail, Colorado. As he wanted to bring his dog with him, he chose to drive the 1100 miles rather than fly. He drove through the night, arriving in Vail, Colorado just over 14 hours later with his GPS indicating an average speed of 93mph….which included the low-speed miles exiting the city, as well as four lengthy stops to let the dog out, fuel up, and use the restroom. All things considered, he was cookin’! 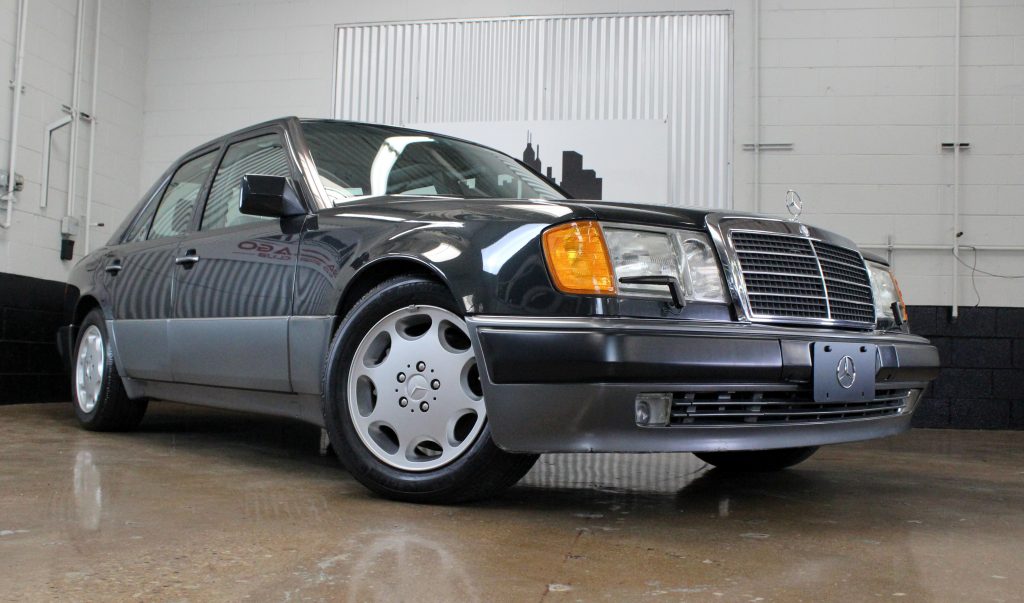 Only now, being in his 80s and downsizing the car collection, has Marvin finally decided to part ways with his 500e. We’ve been tasked with finding the car a new custodian; with it’s one-owner history, low miles, and outstanding condition, this surely won’t be a tough sell!