…The 924 occupies an interesting space in Porsche history; as their first front-engined, water-cooled model, its introduction spelled a change of direction for Porsche, which caused a stir among the Porsche faithful.  Early in the 1970s, in the 924’s earliest conceptualization stage, the car was actually intended to be sold as both Volkswagen’s flagship sports coupé and Porsche’s new entry-level sports car, replacing their then best-selling 914. As per Volkswagen Group’s internal contracts, Porsche was to develop a vehicle that would utilize a preexisting VW/Audi inline-four engine and be marketable under both the Porsche and Volkswagen marques. However, with the onset of the 1973 oil crisis, as well as a shuffling of directors at Volkswagen, VW’s sports car project was scrapped entirely in favor of the less expensive, Golf-based Scirocco model. Porsche then made a deal with Volkswagen to buy back the rights to the 924 design. And so, the Porsche 924 was born. 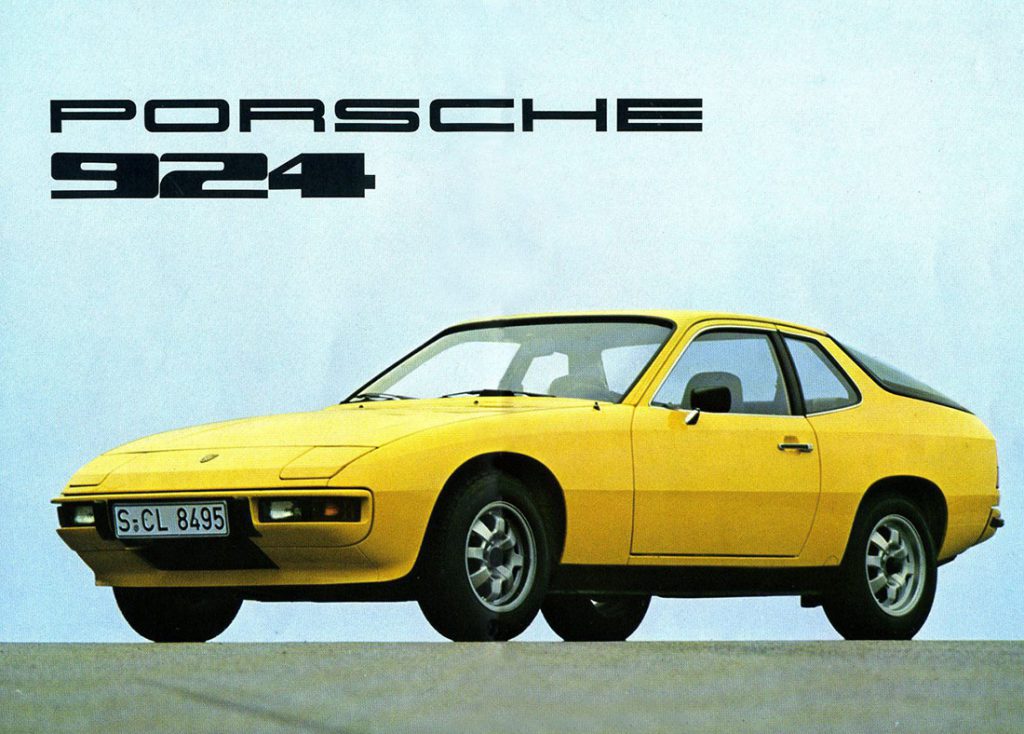 The original 1976 design used a 2.0L inline-four, derived from the Audi 100 and breathed on by Porsche, mated to an Audi-sourced four-speed manual transmission. With just 95hp on tap, the earliest 924s weren’t very sporty cars. However, in true Porsche fashion, the car was cleverly designed. The car featured a rear-mounted transaxle, which combined the functionality of the transmission and differential into one integrated assembly; the transaxle’s rear-mounted orientation enabled the 924 to achieve 48/52 front/rear weight distribution, which meant the car had excellent, predictable handling characteristics. Excellence Magazine went so far as to describe the 924 as “the best handling Porsche in stock form”. While the 924 was initially knocked for it’s sluggish straight-line speed, it’s handling prowess, cargo space, and entry-level price tag quickly helped it to become one of Porsche’s top sellers. 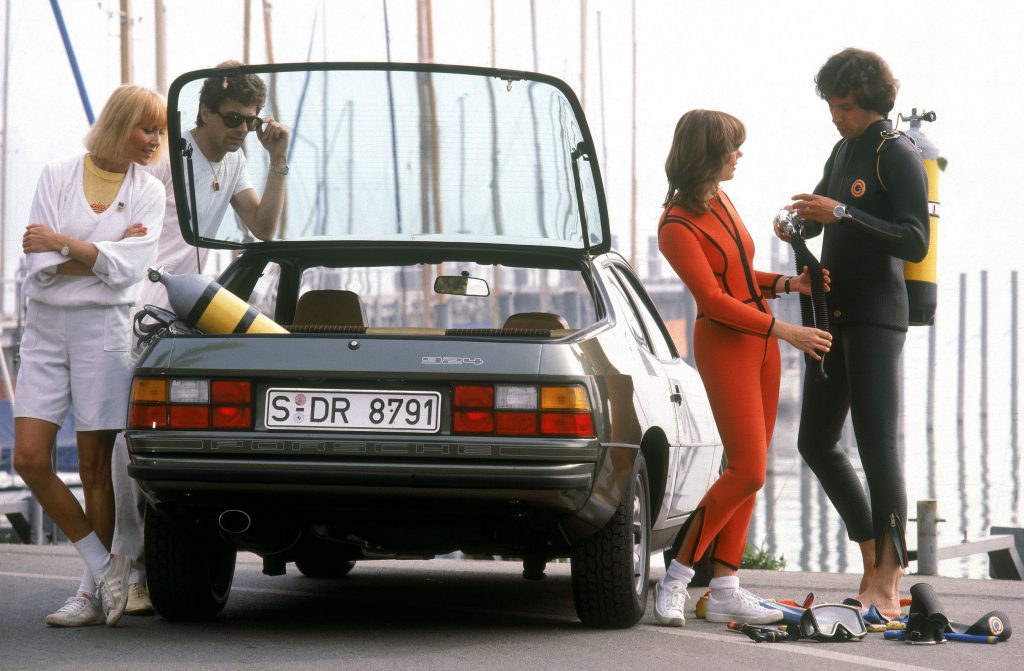 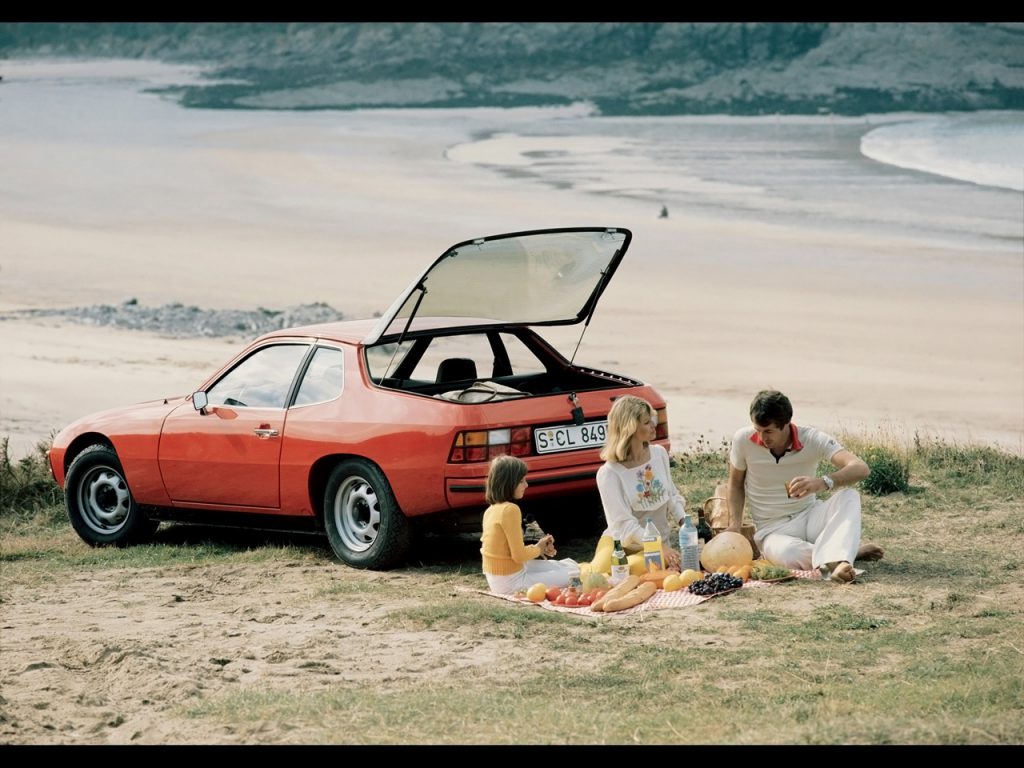 The 924 didn’t stay sluggish for long. 1979 saw the introduction of the 924 Turbo; in the words of Car and Driver Magazine, the 924 was “Fast….at Last!” The 170hp (in European trim) 924 Turbo’s performance finally lived up to its Porsche badge. With its hood scoop and front air intakes, Porsche’s 924 Turbo sure looked the part too. 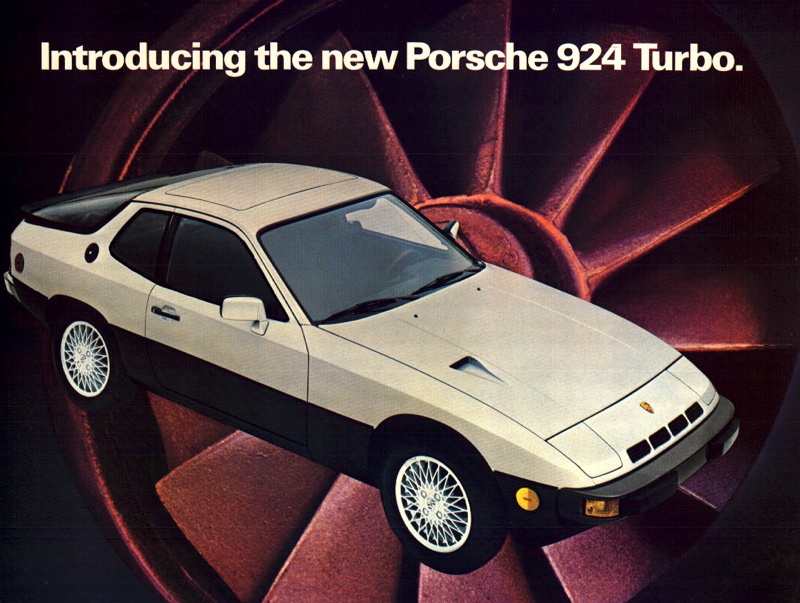 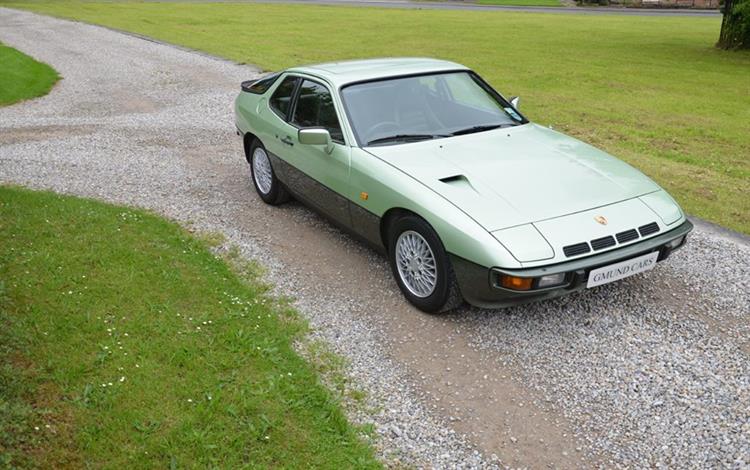 Once the public had gotten a taste of the hotter-spec 924, Porsche made their intentions to enter the 924 in motorsport competition clear; in 1980 Porsche introduced the 924 Carrera GT road car. The Carrera GT was one of the most aggressive-looking cars on the market at the time, it’s flared-out, racecar-like styling eventually serving as the basis for the phenomenally-successful 944’s iconic shape. The Carrera GT meant business; the road car was built solely to comply with Group 4 racing homologation regulations. 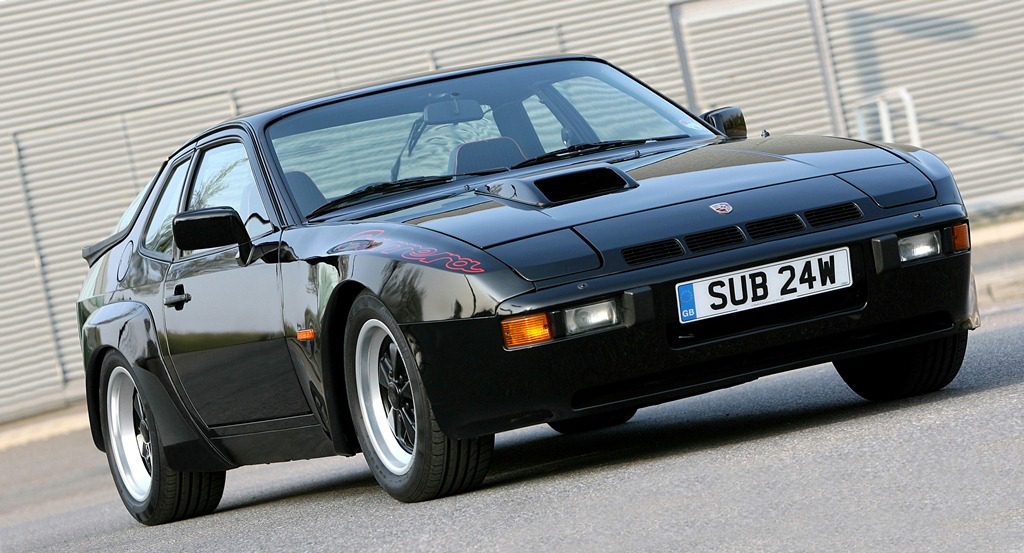 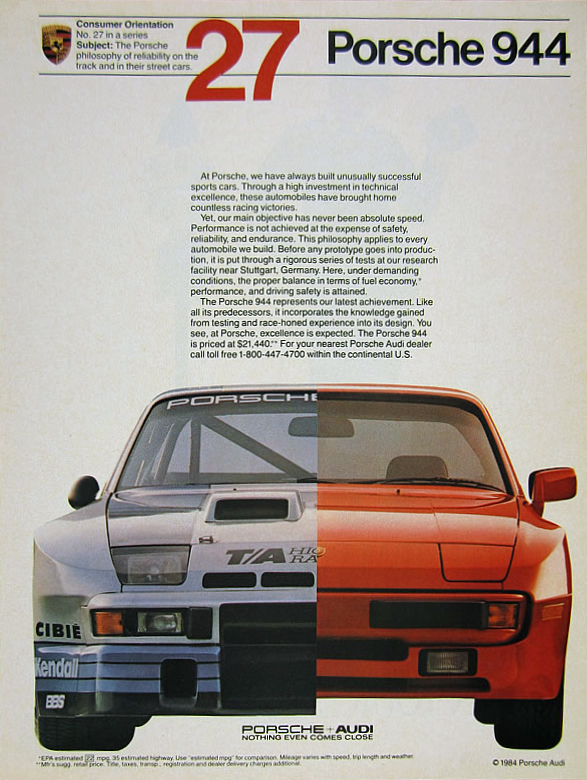 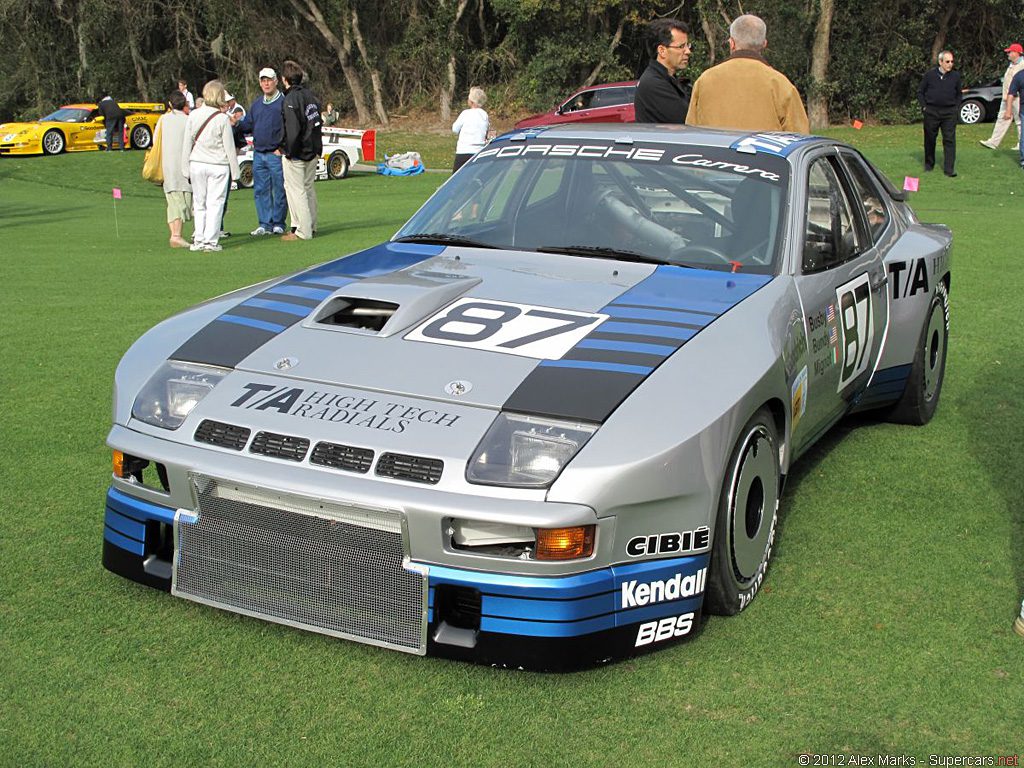 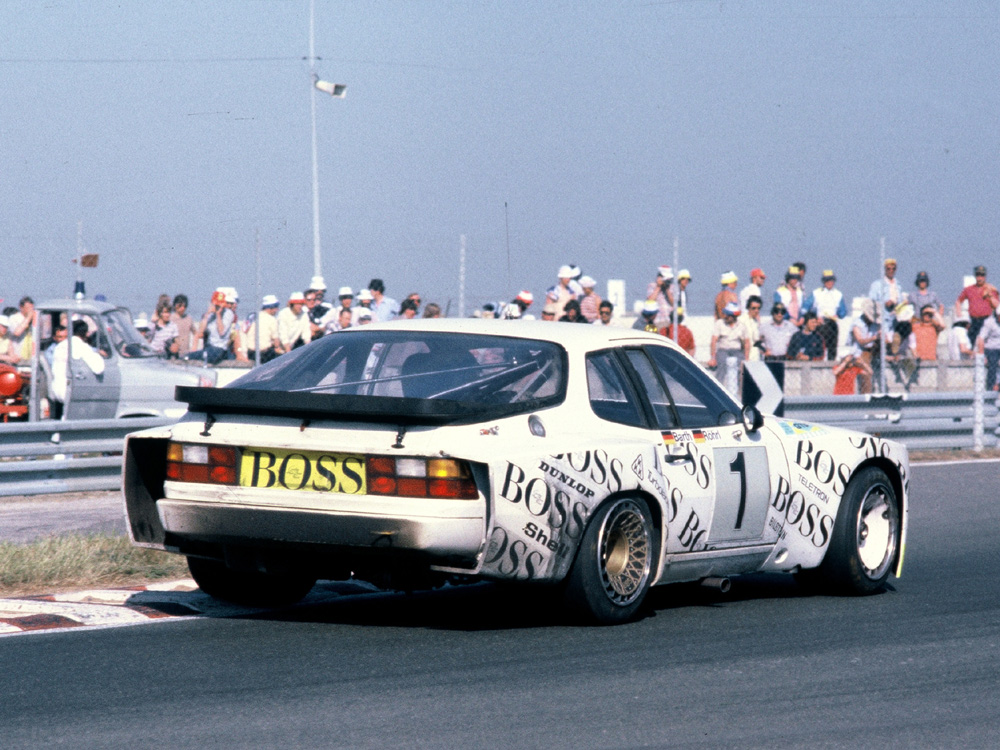 1982 saw the introduction of the 944, the next evolution of the 924 platform. However, Porsche didn’t cease production of the 924 with the arrival of the 944, they actually sold the two cars simultaneously. The 944 featured a Porsche-designed 2.5L inline-four, rather than the 924’s Audi-derived 2.0L inline-four. The cars looked quite similar, though the 944 had wide, boxy hips, as opposed to the 924’s round, narrow body. In 1986 Porsche introduced the 924S, which catered to those who preferred the 924’s narrow-bodied appearance but wanted true Porsche performance; the 924S used the base model 944’s 2.5L motor, and because of it’s lighter, narrow body, was actually a tiny bit quicker than the base 944. 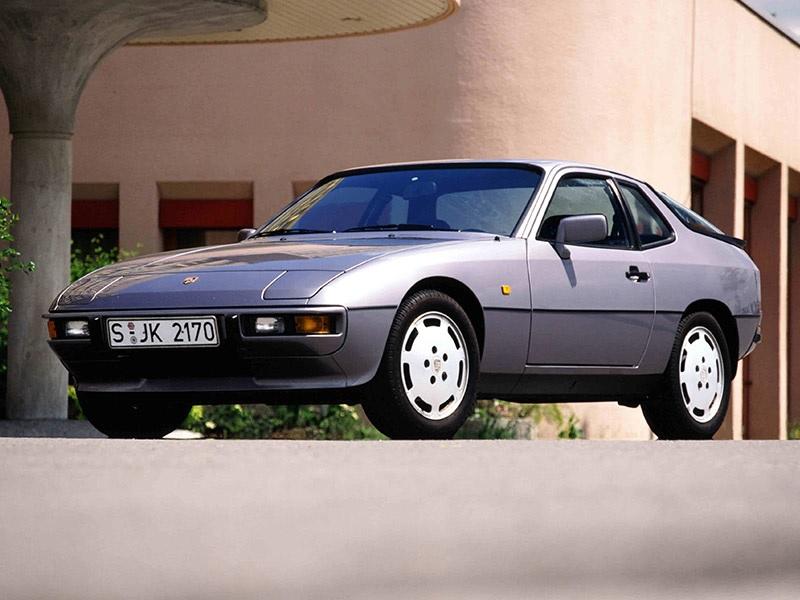 The 924 is often looked down upon in the Porsche community because of its plebeian beginnings as a Volkswagen coupé, but is it really deserving of all the negativity? I sure don’t think so. Between the early 924, the Turbo, the “S”, the Carrera GT, and the racing variants, the 924 platform has done it all. It has conquered everything from entry-level commuter to The 24 Hours of Le Mans. And even still, 924s can be had for pennies, relatively speaking. A well-sorted 924S will run you less than $5k. A LeMans-proven platform with a story-worthy past for less than $5k? Sign me up! Oh hold up, it’s already too late.